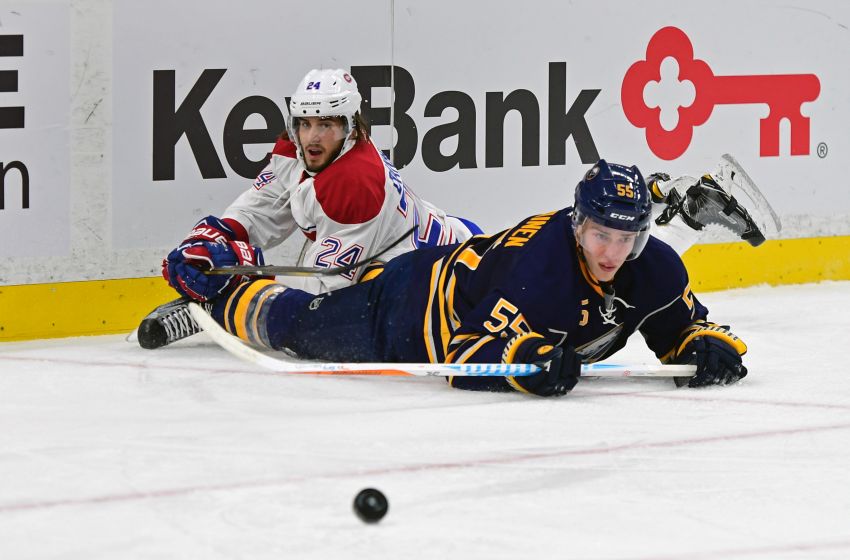 Rasmus Ristolainen and his partner, Josh Gorges or Dmitry Kulikov, form the top tandem. Zach Bogosian and Jake McCabe are No. 2. Cody Franson and Casey Nelson skated as the third opening night.

On paper, the defense (average age: 27) has the makings of a solid group. Still, the Sabres don’t have an elite pair. Sure, Ristolainen is the undisputed No. 1. But on a playoff team, for example, he wouldn’t be relied on so heavily.

So while the Sabres likely won’t employ a defense by committee this season, the line between the pairs is blurred a bit. Coach Dan Bylsma, whose Sabres play their first road game tonight against Connor McDavid and the Edmonton Oilers, recently expressed confidence in being able to throw any tandem on the ice in any situation.

Gorges, Ristolainen’s partner opening night, believes that will create “a bit of that inner-friendly competition.”

The group has its work cut out for it tonight. McDavid, 19, is quickly becoming the NHL’s biggest superstar. The mega-talented center already has three goals and six points in two games!

The defense, which could have Kulikov back tonight, struggled in Thursday’s 4-1 season-opening loss to Montreal, looking pedestrian at best.

“(It’s) much better than the one we showed,” Bylsma said.

The defense has been radically made over in just a short time. Two years ago, the Sabres regularly trotted out Andre Benoit and Andrej Meszaros, perhaps the NHL’s two worst defensemen.

Now, with Kulikov, a newcomer from Florida recovering from a bruised tailbone, and McCabe, an emerging young star, the Sabres can play three pairs.

“Collectively, it’s kind of got everything,” Gorges said of the defense. “We’ve got some guys that are big, strong physical, guys that can skate, move pucks – a good balance, guys that can complement each other. When we think about it, we can go any pairing out there at any time, any situation. I think we feel comfortable and confident with who’s going to be on the ice.”

McCabe said the defense is “balanced.”

“We have a bunch of guys who can … shut down the others teams’ best lines,” he said. “I think no matter who’s out there, everyone’s capable of doing the job. We don’t have a one-two punch. We don’t have a Duncan Keith and a Brent Seabrook (like Chicago). We all got to pitch in.”

Kulikov will likely skate with Ristolainen when he’s healthy. Bylsma told reporters Saturday in Edmonton the Russian could return tonight.

The Sabres, who start a four-game road trip tonight, recalled winger Nick Baptiste from the Rochester Americans on Saturday.

Baptiste, 21, had a goal and two points in Friday’s 5-4 season-opening win against Hershey. The former third-round pick enjoyed an impressive NHL training camp. He had 13 goals and 28 points in 62 games as an AHL rookie last season.

Bylsma told reporters Baptiste could make his NHL debut on the trip.

The Amerks have signed Buffalo-born forward Justin Vaive to a 25-game professional tryout. Vaive, 27, is the son of former Sabres winger Rick Vaive.