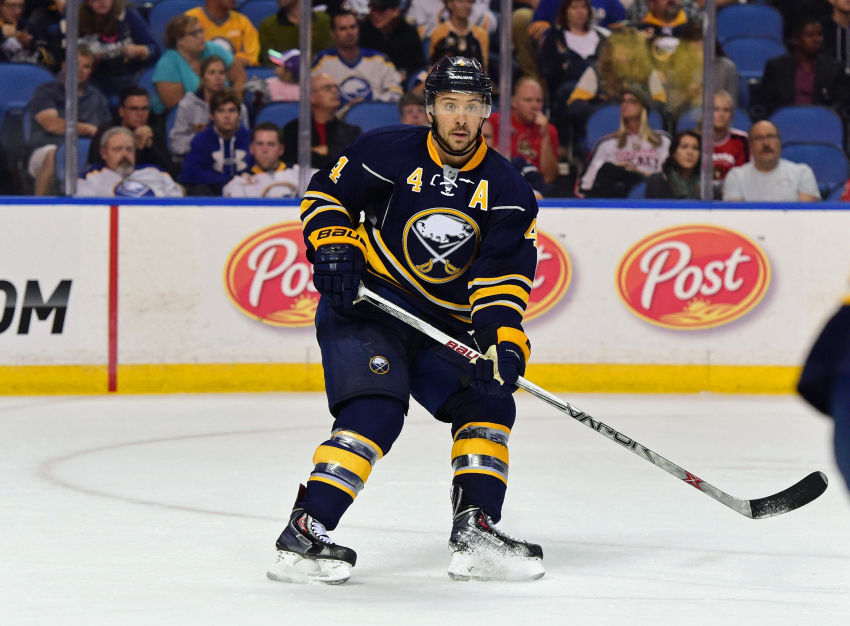 BUFFALO – Josh Gorges almost revealed what had sidelined him for a week of training camp.

“Just a quick cleanup in my,” the Sabres defenseman said this morning before pausing briefly, “lower body.”

Yes, Gorges, who underwent microfracture surgery in February, has already undergone a minor procedure this season. He said he was injured nine days ago going into the corner against the Ottawa Senators.

While Gorges skated this morning and feels good, he won’t play in tonight’s preseason finale against the Columbus Blue Jackets inside the First Niagara Center. He believes he can play in Thursday’s season opener. Sabres coach Dan Bylsma, however, wouldn’t pronounce the veteran ready.

Gorges’ presence would greatly help a defense corps that was down six players earlier this week. Bylsma said he has no new timeframe for Zach Bogosian, who’s week-to-week with a lower-body injury.

Meanwhile, rookie Brendan Guhle is day-to-day with an upper-body injury, Bylsma said. Guhle, who was steamrolled by Toronto’s Dion Phaneuf on Tuesday, could miss up to a week.

Despite some injuries, the Sabres will field a strong lineup tonight. Only about 14 players skated this morning, including goalie Robin Lehner. None one who played in Thursday’s 6-1 loss in Minnesota was on the ice.

Here’s who will be playing tonight:

Bylsma said Kaleta, who’s on a tryout with an AHL deal, didn’t try to force his way back. The Angola native was injured early in camp.

“This is not the first time that Pat’s had this injury and these circumstances,” Bylsma said. “He was operating under the feeling he’s had in the past with this exact same thing. He was feeling good, skated and thought he was in a good spot, really not dealing with any pain going into the game. It was a surprise to see it happen again so soon.”

Update: The Sabres have waived defensemen Jerome Leduc and Chad Ruhwedel, according to TVA’s Renaud Lavoie. They will likely go to Rochester if they clear.

New update: Kaleta and forward Matt Ellis have been released from their tryouts and sent to the Americans. In addition, forwards William Carrier, Evan Rodrigues and Tim Schaller and goalie Nathan Lieuwen have been sent down with Leduc and Ruhwedel.

The Sabres have 30 players left in camp.