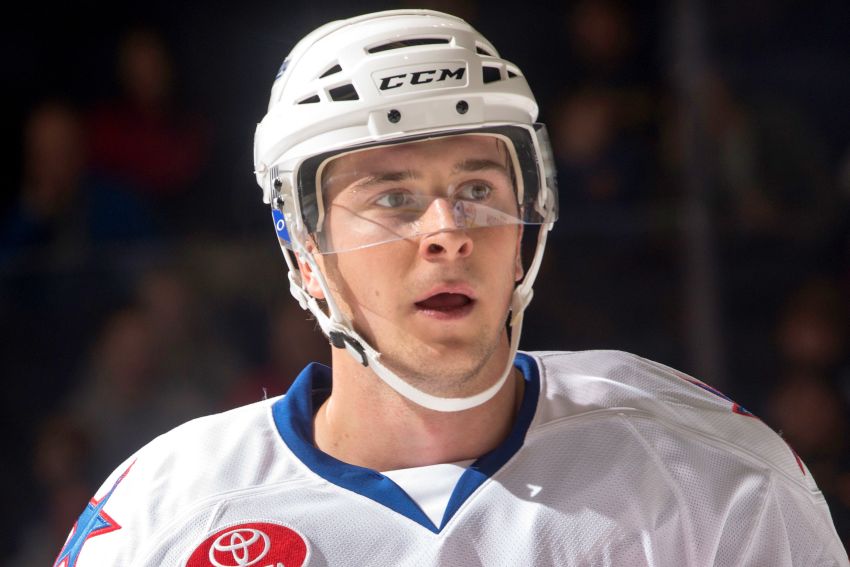 Mark Pysyk said the move shocked him. He had played defense his entire career, and the Florida Panthers suddenly wanted to utilize him as a forward.

But Pysyk had become a spare part in the 2019-20 season under new coach Joel Quenneville. Shifting to wing beat the alternative of remaining a healthy scratch.

So Pysyk embraced the change, often skating on the fourth line while moving back to defense as a penalty killer.

“It was more of an opportunity to just get into the lineup,” said Pysyk, who signed a one-year, $900,000 contract on July 28 to return to the Sabres.

Pysyk, 29, enjoyed playing forward. He recorded his first NHL hat trick and scored a career-high nine goals. His teammates nicknamed him “Prius” for his hybrid role. After signing with the Dallas Stars last season, he kept moving up front.

His versatility became a huge asset.

Still, in returning to the Sabres, the team that drafted him 23rd overall in 2010, Pysyk hopes he can entrench himself on the blue line again.

“This year will give me a chance to sort of re-establish myself as a full-time defenseman,” Pysyk said on a Zoom call Thursday.

Familiarity helped draw Pysyk, who played 125 games during his first stint in Buffalo, back five years after the Sabres traded him to the Panthers.

“That level of comfortability, at least with the people around the team, made it exciting for me,” he said.

He added: “(I’m) excited to put my kids in Sabres jerseys, where it all started for me in the NHL. My whole family is really excited to get there, just to be back in the city.”

Only two teammates from Pysyk’s first run in Buffalo – center Jack Eichel, who wants to be traded, and winger Zemgus Girgensons – are still with the Sabres. A lot has changed since they dished Pysyk in the deal that netted them defenseman Dmitry Kulikov and the draft pick they used to select forward Rasmus Asplund.

The one constant, of course, has been the losing. The Sabres have missed the playoffs an NHL record-tying 10 straight seasons. They finished dead last in 2020-21.

When the Sabres traded Pysyk at the 2016 NHL Draft, they appeared to be on the upswing, having just improved 27 points in one season as they emerged from the tank years. Then they quickly imploded, falling back to the bottom of the league.

Pysyk, who has played 453 NHL games, is the Sabres’ oldest and most experienced defenseman.

But the Sabres’ youthfulness excites Pysyk, who saw signs of growth in the team after coach Don Granato took over last season.

“They have a lot of great young talent,” Pysyk said. “(They) took some steps last year I think near the end of the year where some of the younger guys were stepping into bigger roles. I think that will be fun to be part of and see their growth.”

He added: “There is definitely, definitely a ton of fun to be had and it’s fun to be at the rink. That’s what excites me about a young team like that. There’s that youthful (exuberance) that’s going to be a joy for the game.”