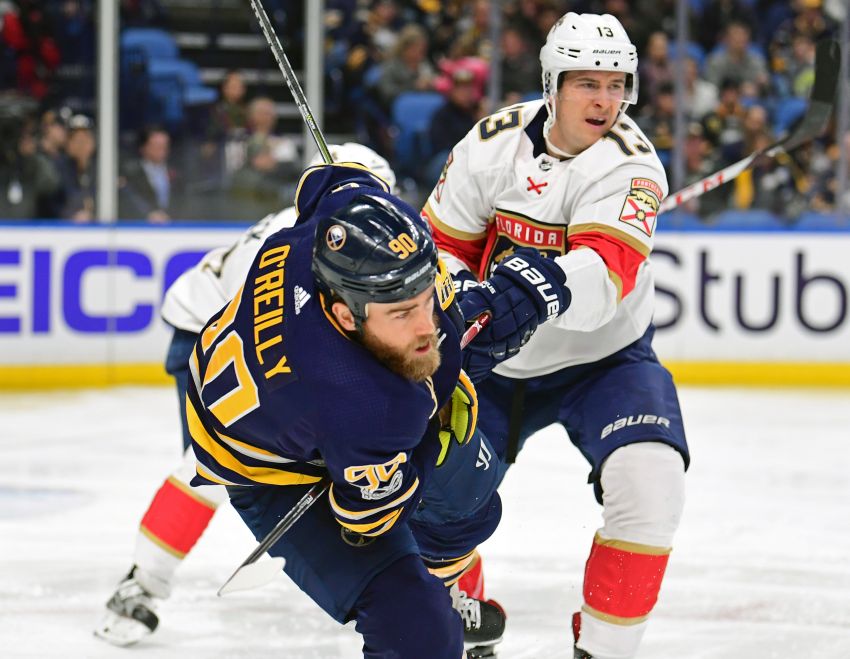 The Buffalo Sabres late this afternoon brought back old friend Mark Pysyk, signing the defenseman to a one-year, $900,000 contract.

The Sabres traded Pysyk to the Florida Panthers in 2016 in the deal that netted them defenseman Dmitry Kulikov.

He gives the Sabres a right-shot defenseman they sorely needed. They lost two righties – Will Borgen and Rasmus Ristolainen – in a three-day span last week.

Pysyk has compiled 25 goals and 92 points in 453 career NHL games. He spent parts of four seasons with the Sabres, recording five goals and 26 points.

Prow, who’s likely ticketed for the Rochester Americans, is the eighth player the Sabres have signed since free agency opened Wednesday.

The 5-foot-11, 182-pound Prow, 28, has compiled 32 goals and 116 points in 220 career AHL games with the Wilkes-Barre/Scranton Penguins and Springfield Thunderbirds. He has never played in the NHL.

Prow enjoyed a huge season with Wilkes-Barre/Scranton in 2018-19, scoring 18 goals and 52 points in 74 games. He spent last season with Red Bull Munich in Deutsche Eishockey Liga, recording four goals and 26 points in 20 outings.