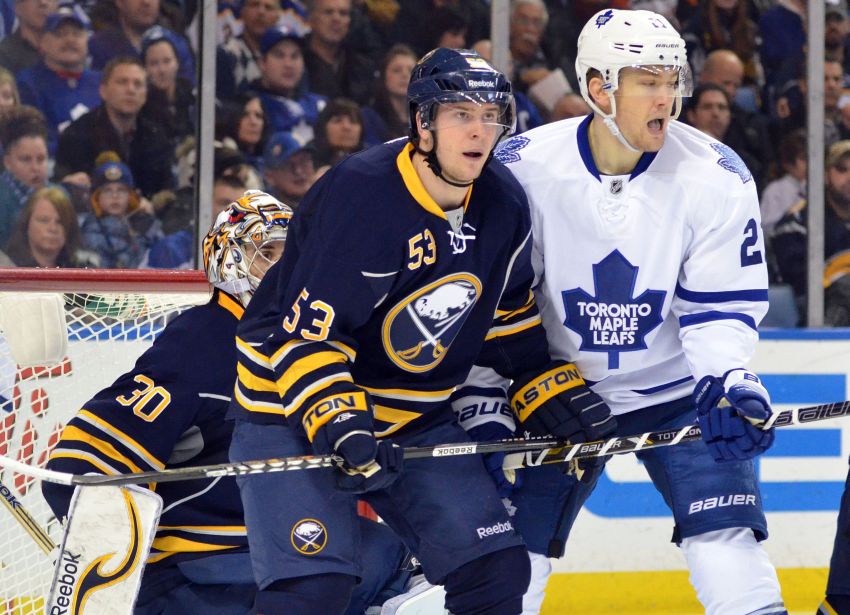 “I just needed a little wake-up call,” Pysyk said Saturday inside the Bell Centre prior to the Sabres’ 2-1 win, his fourth NHL game.

When interim Sabres coach Ron Rolston benched Pysyk with the Rochester Americans in December, the odds of the 2010 first-round pick cracking the NHL this season appeared slim.

The Sabres possessed nine NHL defensemen then. A youngster sitting in the minors didn’t appear to be on their radar.

Pysyk “was getting too casual,” he said. He wasn’t winning battles or “playing with a good stick.”

“You can’t really be mad,” Pysyk said. “It’s basically on your play. The only thing you can get mad at is yourself if that’s the case. I didn’t get mad. I just knew what I needed to work on and started working on it.”

Today, 10 days into his first NHL stint, Pysyk’s experiencing what he calls a “whirlwind” acclimation.

“Every day it goes by, I don’t know what the plan is, whether I’m playing or going down or anything like that,” Pysyk said.

He has already won twice in the Bell Centre, arguably the NHL’s toughest building. The Sabres are aiming for their first four-game winning streak this season tonight in Tampa Bay against the Lightning.

“I didn’t see myself coming up this year,” Pysyk said. “But when I got the call, it definitely caught me by surprise. … It’s unbelievable so far.”

Defenseman Andrej Sekera should return from his injury tonight, Rolston told reporters Monday in Tampa Bay. He said that doesn’t mean Pysyk will be yanked from the lineup, though. The Sabres will likely keep seven defensemen, Rolston noted.

If the 21-year-old Pysyk goes back down, he could be the first defenseman recalled.

With T.J. Brennan traded, Adam Pardy bypassed for a call-up recently and Alexander Sulzer out for the season, Pysyk has quickly jumped to seventh on the team’s defense depth chart.

“He’s been able to keep quiet and go out and do his job. It’s not flashy, but very effective.”

Rolston, the Amerks’ coach until his Feb. 20 promotion, believes Pysyk is a “really mature player for his age.”

The smooth-skating Pysyk thinks he’s a mix of offense and defense. He can turn the puck up the ice and make plays through the neutral zone, Rolston said, although he likely won’t lead the rush often.

“I like to get up on the offense on occasion,” Pysyk said. “Obviously, not too, too much. First and foremost is defending in my own zone, making a good first pass, a breakout.  I think that’s what I do well.”

When Pysyk joined the Sabres after their morning skate last Sunday in Washington, Leopold, who didn’t know the Alberta native well, immediately tried to make him feel comfortable.

A lot has changed in a short time.

Just a few months ago, Pysyk said he became “a little bit too comfortable” as his first professional season wore on. Not surprisingly, scratches followed.

“Their reward is their ice time and playing, basically,” he said. “For Mark, he’s got a lot of maturity to him. One of the best things a player can have is just maturity, knowing where he’s at and where he has to go. If you blame everything on something outside of you, then nothing is ever going to change.”

Pysyk added: “You need to realize every day you need to come, bring your best.”