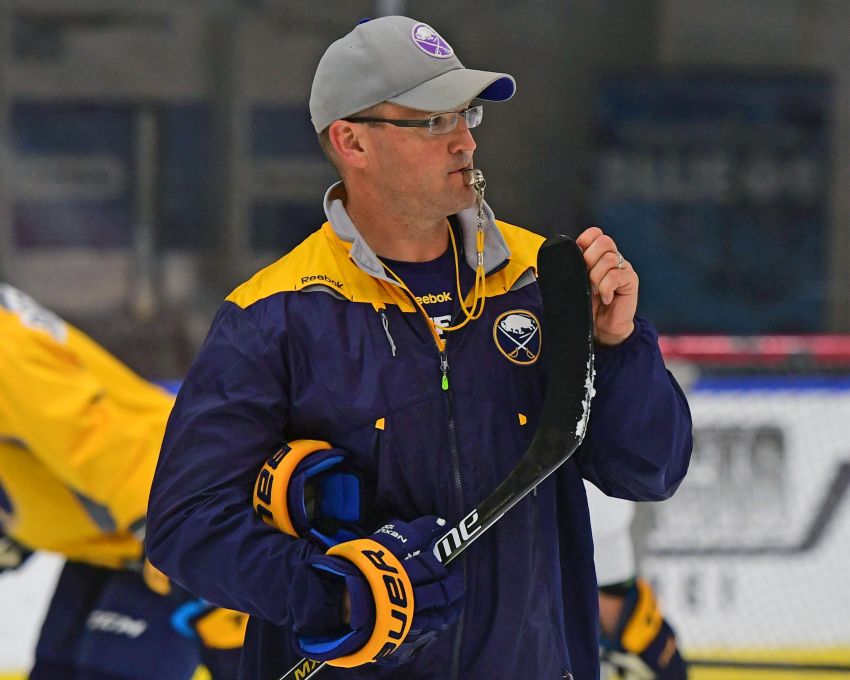 Ex-Buffalo Sabres head coach Dan Bylsma on Tuesday landed a new job as an assistant coach with the Charlotte Checkers, the AHL affiliate the expansion Seattle Kraken will temporarily share with the Florida Panthers.

Bylsma, 50, left the Detroit Red Wings in May to pursue other opportunities after spending three years as an assistant on head coach Jeff Blashill’s staff.

As part of the agreement between Seattle and Florida, the Kraken provided an assistant coach for Charlotte head coach Geordie Kinnear. The Kraken’s AHL affiliate in Palm Springs, California, will begin play in the 2022-23 season.

Prior to his short stint in Buffalo, he coached the Pittsburgh Penguins for five and a half seasons, winning the Stanley Cup in 2009.

Bylsma was an assistant coach with two AHL teams – the Cincinnati Mighty Ducks and Wilkes-Barre Scranton Penguins – before moving up to Pittsburgh.

In other news, the Kraken on Tuesday named Andrew Allen its goalie coach. Allen, 45, spent four seasons as the Sabres’ goalie coach under Bylsma and Phil Housley.