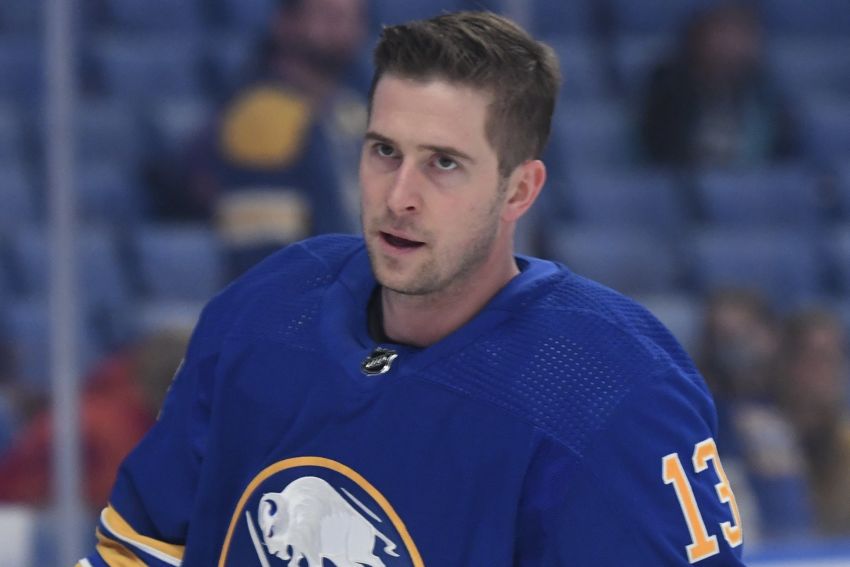 In past years, a slew of former Buffalo Sabres had difficulty finding work in free agency.

With few suitors on the open market, some settled for training camp tryouts while others went overseas or never played again.

Pysyk, 30, enjoyed regular duty much of last season, playing 68 games during his second stint in Buffalo. Still, younger talent pushed him out of the lineup in April, and the Sabres scratched him nine of the last 10 games.

Tokarski, 32, spent all of last season in the NHL for the first time in his 13-year career, playing 29 games.

Right now, he ranks third on Pittsburgh’s depth chart, so he could return to the minors.

– Winger Drake Caggiula signed a one-year, two-way contract with the Penguins worth $750,000 in the NHL and $400,000 in the AHL, according to capfriendly.com.

Ironically, Caggiula, 28, has never played in the minors during his six-year career.

– Winger John Hayden signed a one-year, two-way contract with the Seattle Kraken worth $750,00 in the NHL and $325,000 in the AHL, according to capfriendly.com.

– Center Mark Jankowski signed a one-year, two-way contract with the Nashville Predators worth $750,000 in the NHL and $400,000 in the AHL, according to capfriendly.com.

Jankowski, 27, played 19 games last season after earning an NHL deal and promotion from the Rochester Americans in late November.

Dell, 33, was perhaps the NHL’s worst goalie last season, compiling a wretched 1-8-1 record in 12 games. He started all 10 games during Rochester’s playoff run.

He spent six years in San Jose’s organization earlier in his career.

– Center Cody Eakin, defenseman Will Butcher and forward Ryan MacInnis, who played one game for the Sabres, haven’t found new teams yet.

Update: The Dallas Stars on Friday signed Butcher to a one-year, two-way contract worth $750,000 in the NHL and $300,000 in the AHL, according to capfriendly.com.