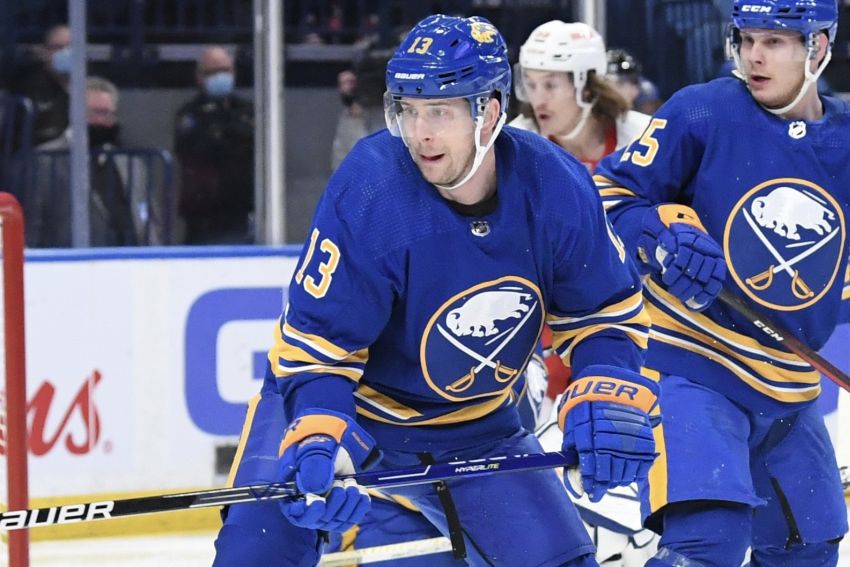 Mark Pysyk played 68 games this season in his return to Buffalo. ©2022, Micheline Veluvolu

BUFFALO – By the end of the season, after five months of regular duty, Sabres defenseman Mark Pysyk morphed into a spare part.

Down the stretch, the Sabres utilized a blue line comprised entirely of youngsters – Casey Fitzgerald, at just 25, was the oldest defenseman – so Pysyk, Will Butcher and Colin Miller rarely played.

The Sabres scratched Pysyk 13 times over a 22-game stretch, including eight straight contests, before he returned for last Friday’s season finale.

“It’s obviously not the most fun when you’re not in the lineup,” Pysyk said last Saturday as the Sabres held end-of-season meeting at KeyBank Center. “You see what’s happening, they want to see the young guys, and that’s how it was.

“The guys that weren’t playing, we did our best to come in and have fun in the skates we were doing, and I think we made the best of it.”

So does Pysyk, 30, have a future in Buffalo?

The Sabres, of course, will likely add some veteran depth. Pysyk signed a one-year, $900,000 contract last year. It seems unlikely Butcher or Miller will return.

Pysyk, a veteran of 521 NHL games, was the Sabres’ oldest and most experienced defenseman. He’s also a right-handed shot, and they have just two others – Fitzgerald and Jokiharju – under contract for next season.

The affable Pysyk, a popular teammate, said he would “definitely would be open” to re-signing with the Sabres.

Despite losing his spot late in the season, Pysyk’s second stint with the Sabres – he played his first 125 games with them before they traded him in 2016 – went well. He played his 500th NHL game on Feb. 15 and appeared in 68 contests, compiling three goals and 12 points. He also sometimes served as an alternate captain.

“I had an absolute blast here with these guys,” Pysyk said. “The year that we had was a lot of fun and it was a good young group that really enjoyed themselves.”

Right away, the quick-witted Pysyk – Sabres winger Kyle Okposo has said he’s so funny he could be on “Saturday Night Live” – meshed with a group that grew close together.

“Every single day everybody’s all in on everything,” Pysyk said of why he enjoyed the season so much. “Other teams have cliques here and there that some guys will laugh about some stuff, some are talking about another thing, but there were so many times where the team just jumped on and jumped into the same thing, whether it be an inside joke or a serious conversation. Just that unity that everybody’s comfortable being around each other.

“No one’s scared to raise their voice in the room and be heard. And everybody respected everyone. If somebody did have something to say, regardless of age, position, spot in the lineup, everybody was listening and giving them that respect.”

In his 10th NHL season, Pysyk returned to defense, his natural position. After two years of occasionally skating as a forward, the Sabres offered Pysyk the opportunity to play where he wanted.

“Thank goodness I made it a full season again playing D,” Pysyk joked.

Pysyk also liked being a part of a more stable Sabres organization. During his first stint, he played for three coaches and two general managers.

“All the way up and down, it’s fun to be here and it is definitely different,” he said. “And I think the young talent, it’s definitely a spot that’s going to be a really good team for year to come.”