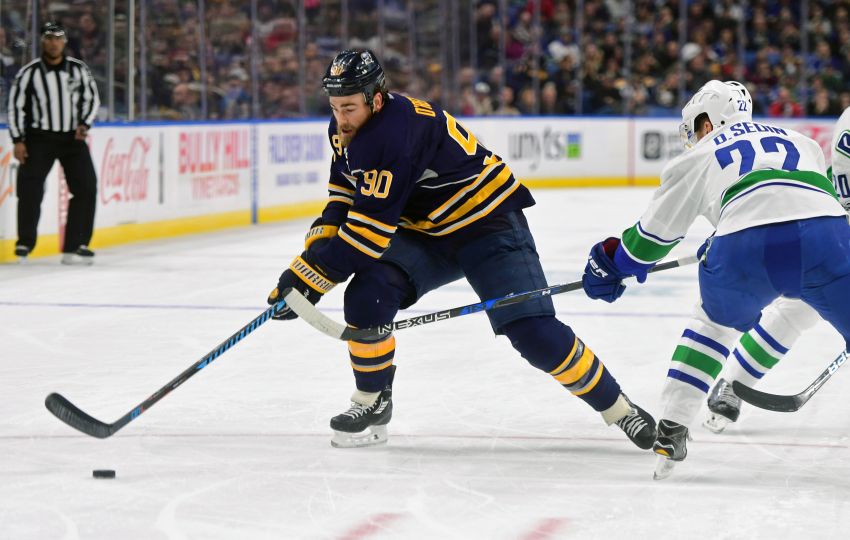 O’Reilly, 26, has experienced enough losing. The popular center passionately called out himself and his teammates to be better during a brutally honest chat with the media prior to Wednesday’s home finale against the Montreal Canadiens, a 2-1 win.

“I’m sick of losing,” O’Reilly said inside KeyBank Center. “It’s getting exhausting and it’s not fun. It sucks the fun out of the game.”

With the Sabres out of the playoffs and only two games left, practice has “no purpose right now,” O’Reilly said. Just coming to the rink is “frustrating.”

He added: “I have to be more consistent on the ice with my own play; at the same time I have to be a much better vocal leader.”

Okposo, however, became ill last week and is hospitalized at Buffalo General Hospital Neuro Surgical ICU, according to WGR and The Buffalo News.

For almost six months, defenseman Jake McCabe was one of the Sabres’ steadiest players, showcasing consistency the team’s blue line sorely needed. But the Wisconsin native has morphed into a gaffe machine in the last week, committing a string of costly turnovers.

So McCabe, 23, was a healthy scratch for the first time all season Wednesday.

“He’s made a few gaffes with the puck in costly situations, costly areas and kind of gotten into a bit of a hole as a result of it and lost a little confidence with his puck play,” Dan Bylsma said. “We’ve seen that the last couple games.”

Justin Falk replaced McCabe. The Sabres made other lineup changes.

Goalie Linus Ullmark was recalled to replace backup Anders Nilsson, who was injured in practice Tuesday. Bylsma said Nilsson won’t be sidelined for more than one game.

Update: Ullmark has been sent back to the Rochester Americans.

The Sabres handed out their end-of-year awards Wednesday: O’Reilly was named MVP; center Evan Rodrigues was named rookie of the year; McCabe was named unsung hero; defenseman Zach Bogosian was named Sabres Foundation Man of the Year for his community service.