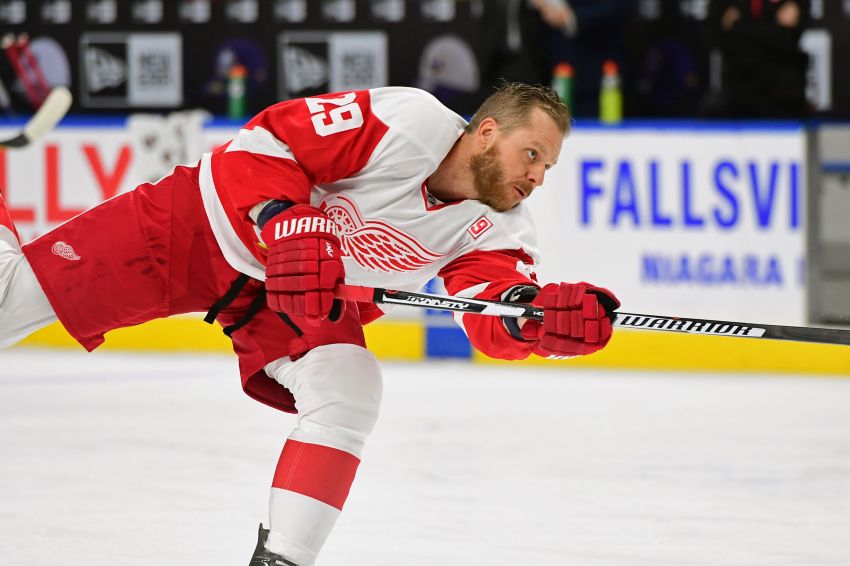 BUFFALO – Steve Ott knows that at 34 years old, he only has a few cracks left at trying to win his first Stanley Cup. That’s why the former Sabres captain was so excited to join the Montreal Canadiens last month, what he called “a special team.”

The Canadiens have 101 points and have already clinched the Atlantic Division. They’re built to win the Cup this season.

This could be the best opportunity of Ott’s 14-year career.

“You hope to have that opportunity and that dream to host the ultimate prize,” Ott said this morning inside KeyBank Center. “There’s a special group in here.”

When the Detroit Red Wings fell out of playoff contention earlier this season, Ott knew he could be moved before the trade deadline. He appreciates Detroit general manager Ken Holland dealing him to a contender.

“He gave me the opportunity now to try to chase the Stanley Cup,” Ott said. “I’m forever grateful for that opportunity.”

Ott has been Montreal’s fourth-line center, averaging about 12 minutes of ice time over 10 appearances. He will be scratched for the Sabres’ home finale tonight as part of the Canadiens’ forward rotation.

“Later on in my career, (I’m) more of a depth guy, but (I’m) still playing some really valuable minutes for the team,” said Ott, one of five players the Canadiens acquired before the deadline.

Having played some games in Bell Centre, Montreal’s home rink, Ott knows playoff games will have a special atmosphere.

“(Hockey’s) such a religion … for the people of Montreal and Quebec, and you can feel that walking around the city,” he said. “Being there and how warm, welcoming they’ve been to all five of us new guys, it’s special place every time you walk in there.”

He added: “When you have a special group of guys with really good pieces throughout the lineup, with the depth we have, it should be a fun, exciting run.”