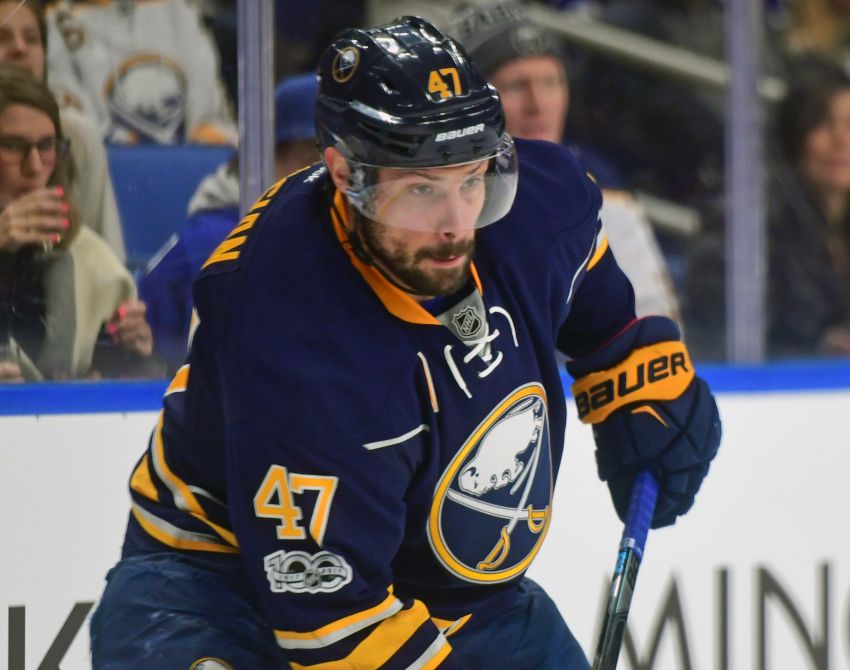 While the Massena native still plays just over 20 minutes a game, he believes his role has diminished a bit. He no longer plays on the power play regularly. With only one goal and nine points in 49 games, he could set new offensive lows.

Bogosian, by the way, will miss the postseason again. Saturday’s 5-2 win against the Toronto Maple Leafs at KeyBank Center was his 527th NHL appearance. He has never played in a playoff game.

Still, to Bogosian, who had skated under 20 minutes in 15 of the last 20 games entering Saturday, his role is “tough.” He played 21:24 against the Leafs.

Bogosian said he has “always felt comfortable playing a lot of minutes.” Playing so much – he had 38 shifts in a 60-minute game Tuesday – allows the former third overall pick to find a groove.

For the second time in six days, the Sabres recalled Brady Austin from the Rochester Americans. Days ago, the defenseman was an unknown prospect, a former seventh-round pick 200 games into his pro career.

That’s why the Sabres summoned him again Saturday morning.

“Stepping into Detroit (on Monday) and playing the way he did there, you really wanted to see what he could do there, his size,” Bylsma said. “He’s got the ability to play a tougher game, a physical game and stepped right in in Detroit.

Notes: The Sabres sent rookie winger Hudson Fasching to the Amerks before the game. … Kulikov played his 500th NHL game. “I thought I was about 10, 15 away from 500,” he said. “Good surprise.”… Sabres center Ryan O’Reilly hit the 50-point mark Saturday for the fourth straight season and the fifth time in his career.