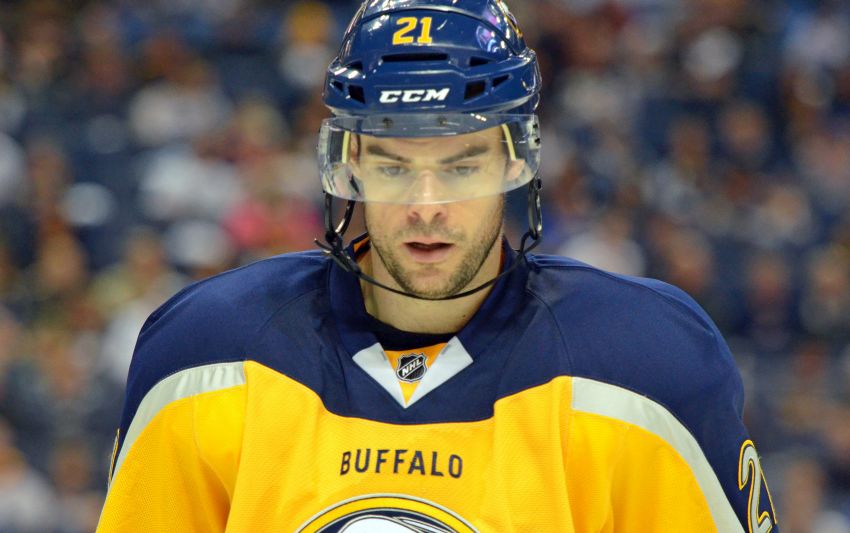 BUFFALO – The Sabres, the lowest-scoring team in modern NHL history last season, have picked up where they left off in April.

Yes, it’s still early, but the Sabres have scored just seven goals in six games, a paltry 1.17 average. The only team averaging fewer goals a game, the Florida Panthers, beat the Sabres 1-0 on Friday.

Four Sabres have scored this season. Tyler Ennis, Marcus Foligno and Zemgus Girgensons all have two goals. Torrey Mitchell has one.

The power play is zero of 22. The defensemen have combined for two assists. Opponents just shut the Sabres out in consecutive home games for the first time since 1972. Saturday’s 4-0 loss to the Boston Bruins extended their goal drought to 142 minutes, six seconds.

How can the 1-5 Sabres start scoring? Well, for starters, they need to have the puck more often. Opponents are outshooting them 227-141 this season.

“If you’re spending too much time in your defensive zone, it’s pretty hard to score some goals,” Sabres coach Ted Nolan said Monday inside the First Niagara Center. “We have to tighten that area up first, and doing that is through communication. Good communication always eliminates duplication, too many people try to do somebody else’s jobs. The effort’s there, we’re just not doing it the smart way.”

The Sabres are scoring at a 96-goal pace for an 82-game season. That number, of course, will go up. But how much? The Sabres only scored 150 goals last season, 1.83 a game. Florida, the 29th-ranked offense, scored 33 more goals.

In 2013-14, the Sabres possessed only a few offensive weapons. Ennis’ 21 scores led the team. One other player, Cody Hodgson, hit the 20-goal mark.

Each newcomer has one assist. They’re making a combined $9.25 million this season.

Plenty of other established scoring forwards are struggling. Hodgson, Drew Stafford and Chris Stewart have combined for five assists.

“It’s definitely there,” Foligno said. “Those guys have confidence. They’re goal scorers. It’s not like we’re missing that. It’s just the second and third opportunities we got to put away.”

Stafford added: “It’s obviously disappointing. It’s frustrating. You look at some of the guys especially we brought in. The guys we have on the roster, myself included, we’re expected to score goals. We haven’t done that.”

Nolan has been saying his players must get inside and “dirty” – skate to the net and pay a price – to score.

“We got to put our players in better positions in order to try to score some goals,” he said. “We got to work harder. We’re trying to rectify that during practice and going to the net, moving the puck, shooting a little bit more, designing drills that you can do that.”

But the Sabres spend so much time defending, by the time they get the puck, they’re “too tired to attack,” Nolan said.

“So we got to get out of our zone much quicker and get to the dirty areas in order to score those goals, and we all know where they are, they’re in front of the net,” he said.

Stafford said “it all starts in our own zone.”

“If we’re running around in our own zone for 45 seconds, we got to dump it in and change, we’re not going to go in on the offense,” he said. “I think if we bear down in our own end, especially early in the game, get inside a little bit more, win the battle to the paint, I think they’ll start going in for us and the floodgates will open.”

Some luck would help, too. A simple bounce could buoy the Sabres.

“When you get one off your leg or your arm or something, your foot, it’s amazing the confidence you get,” Moulson said.

One thought on “Sabres’ offense still struggling to score”