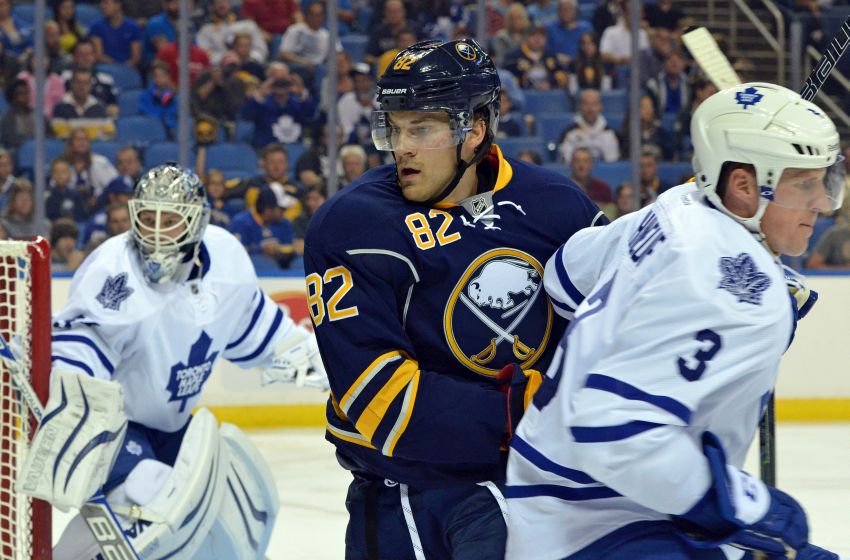 BUFFALO – There have been some glimpses of future stardom during Marcus Foligno’s short career. For brief stretches, the Sabres winger will showcase the unique skills only a few elite power forwards possess, using his 6-foot-3, 223-pound frame to score goals and bang bodies.

But Foligno has mostly performed inconsistently, making fans wonder if the 23-year-old will ever develop into the star many envisioned he would become following his memorable debut in late 2011-12.

Foligno roared into the NHL three years ago, scoring six goals and 13 points in his first 14 games. He has only 12 goals and 37 points in 121 appearances since that rollicking run.

Now, Foligno’s entering a critical season. The shoulder injury that hampered him most of 2013-14 was surgically repaired in May. He has the support of his coach, Ted Nolan, and a spot on the left wing beside top prospect Sam Reinhart and big Chris Stewart, a proven goal scorer, this training camp.

“You’re not going to have amazing games every game, but you got to be effective,” Foligno said Monday following practice inside the First Niagara Center. “That’s my job this year. I’m obviously healthy now. I get the chance to … stay fresh and just be consistent. That’s the biggest thing, to be consistent. Your stock rises.”

Foligno compiled only seven goals and 19 points in 74 contests last season. He refused to make excuses, but acknowledged that his injury – “It just kind of weighed on you mentally,” he said – limited his effectiveness.

“I didn’t feel like I needed to remove myself from the game and try to take off a full season,” he said. “It was a tough year. With that injury, it was difficult. It hindered my game quite a bit. Now I’m healthy, so this is a chance to redeem myself.”

Following a summer of rehab, Nolan has eased Foligno into camp, playing him only once, Friday’s 6-4 exhibition loss to Toronto. Foligno will skate again Wednesday against Washington, Nolan said.

“He worked his behind off to get his body in better shape,” Nolan said. “If the first exhibition game is any indication, he’s going to have a tremendous year for us. But we have to make sure we go baby steps with him because of his injury.”

Nolan wants Foligno to simplify his game and work within his skill set to become “that guy that’s always up and down the ice and hitting guys.”

“That’s the biggest thing is just when you keep it simple, you’re going to be effective,” Foligno said.

Nolan often talks about Foligno the man, not just the hockey player. To Nolan – “My theory has always been you win with people,” he said – Foligno’s off-ice qualities make him a great teammate.

Foligno believes Nolan relates so well since his son, Jordan, plays in the NHL for Los Angeles.

“I think he just relates to young guys and trying to build them up, trying to work with them,” he said.

Of course, the ups and downs Foligno has experienced are normal. Power forwards often take years to develop.

“I’d call it ‘growing pains,’” he said. “You’re a young player in this league, it takes a while to figure out what you got to do every night to be successful. That’s part of growing as a player and becoming consistent.

“I think when you look and you got older guys on your line, you just got to model your game after them.”