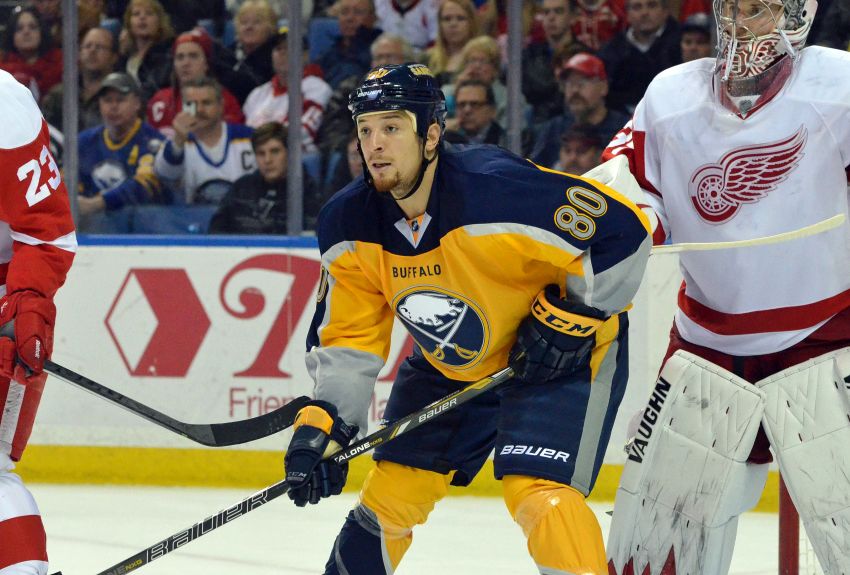 BUFFALO – When Chris Stewart’s disappointing 15-goal season ended in April, the Sabres winger decided to stay put for the summer. Instead of returning home to Toronto, Stewart settled in a suburb and began preparing for what he called “another biggest season of my career.”

“I’ve been saying (that) for the last three, four years now,” Stewart, who hasn’t cracked the 20-goal mark since 2010-11, said last week after skating inside the Riverside Ice Rink.

This time, it’s true. Stewart, 26, is entering the final season of the two-year, $8.3 million contract he signed with St. Louis in 2013. A strong campaign could earn him a long-term deal worth upwards of $5 million annually.

“I’m definitely going to take the bull by the horns here and not leave my career in someone else’s hands,” Stewart said. “I think it’s about time I grabbed control of it.”

He added: “If I want to be a premier power forward in this league, I have to step up and have a good year. I think I believe in myself. I know I’m capable of doing it.”

The offseason has refreshed and re-energized Stewart. His wife, Holley, gave birth to twin boys, Christian and Connor, on May 29. Stewart said he’s the strongest (he’s listed at 231 pounds) he’s been in his life. He’s feeling good about the opportunities he can earn with the rebuilding Sabres.

“I think it was what I needed, just to get away from all the distractions back home, just take time there to focus on my family and my future, get a good summer in,” Stewart said.

That future, of course, could be with another team. Many thought the Sabres would trade Stewart shortly after his Feb. 28 arrival from the Blues in the Ryan Miller-Steve Ott trade.

But Stewart injured his foot during his second appearance March 6, shelving him more than a month. He hurt it again in his third game back. He’s still goalless with the Sabres. His foot wasn’t normal again until June.

While the Sabres only got a brief look at Stewart, coach Ted Nolan has spoken about how he likes the power forward’s gritty style. That makes Stewart – “I can hit, I can skate, I can fight, I can put the puck in the net,” he said – confident he can earn ice time.

“I think being put in a situation to succeed here, like I think I’ll get an opportunity to do, is going to be half the battle,” he said. “I think when you have a coaching staff that believes in you, that’s going to give you a chance to showcase your talents.”

“I think my history’s shown when I’m given that chance to get that ice time and get that top-line minutes and power play, I can produce,” he said. “I think I was more that guy in Colorado there where I got a chance with (Matt) Duchesne and (Paul) Stastny, high-end guys. We really worked well together.

“I got to St. Louis, the first year it was the same thing. I was producing just under a point a game, I think.”

In 2011, the Blues hired Ken Hitchcock. The coach eventually shifted Stewart to a third-line role. His ice time dropped below 14 minutes a game.

“I guess I fell into his doghouse there a little bit,” he said.

Still, Stewart said he was “buying into the whole team concept” as the Blues morphed into a contender.

“I thought we were going to win the Stanley Cup,” he said. “I thought that was my role, and I was going to make that sacrifice to get that Cup, if that was what it was going to take.”

Stewart should take a spot on the first or second line this season. He’s open to staying in Buffalo. He likes the proximity to his family in Toronto. The team’s offseason moves intrigue him. Perhaps he could stick past the trade deadline.

“I think it’s definitely a possibility to stay here long term,” Stewart said. “It’s not really in my hands. I can only control what I do on the ice.”