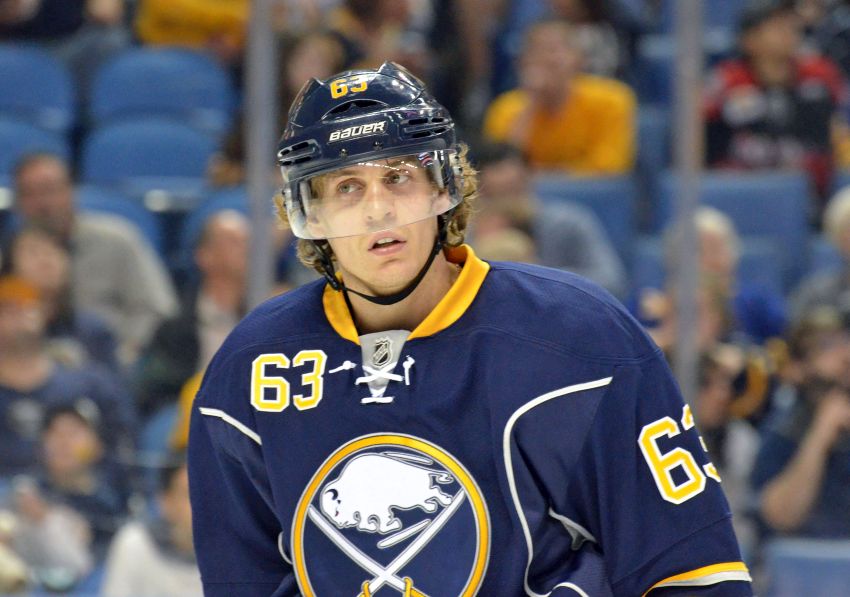 BUFFALO – The setting made Tyler Ennis reflect on a career that almost never started.

The slick Sabres center was about to skate at Callingwood Recreation Centre, the rink around the corner from his childhood home in Edmonton, when word arrived last week his new five-year, $23 million contract had been finalized.

His best friend, Minnesota Wild defenseman Jared Spurgeon, was with him. So were the memories of his struggles as a youngster.

“I was just kind of thinking, ‘Wow, how far I’ve come since being cut from teams and overcoming adversity as a smaller player,’” the 5-foot-9 Ennis told the Times Herald by phone Tuesday from Edmonton. “It was a pretty cool moment.”

Ennis, of course, eventually developed into one of hockey’s great young talents, becoming a first-round pick. These days, some believe he’s on the cusp of NHL stardom.

“I want to have an explosion and really show the world what I believe I can do,” said Ennis, whose 21 goals led the Sabres last season.

What does the long-term deal mean to Ennis?

“I think it means that I’m happy to be in Buffalo and Buffalo was happy for me to be a part of the puzzle,” he said.

The 24-year-old understands new responsibilities accompany his contract. He’s the rebuilding team’s No. 1 center, arguably its top offensive threat and, believe it or not, one of the longest-tenured players on the roster.

Right now, he’s one of the Sabres’ cornerstone talents.

“I think I’m ready to take that step and be that leader, take charge and elevate my game,” Ennis said. “I’m due for a big season. There’s been so much change in the last few years. It’s nice to be stable and have that direction.”

“There’s just a lot of be excited about,” he said.

Ennis said he’s willing to move from center back to the wing if the Sabres want him there. He’s played well at both positions during his career. General manager Tim Murray said the pieces the Sabres add will determine Ennis’ spot.

“Wherever they see me, in the middle or on the wing, I’m happy with and I’ll do my best,” Ennis said.

He added: “We mutually see the future.”