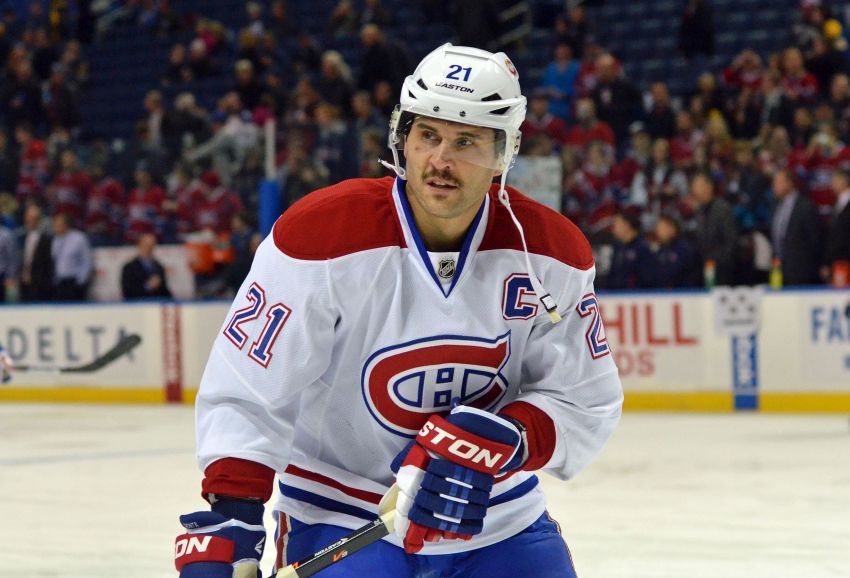 BUFFALO – For two weeks, Tim Murray bristled when the media asked him about the salary floor. The rebuilding Sabres would reach it, the general manager said. He wasn’t worried. They would lure strong veteran talent when free agency opened.

“But you’re never sure until the clock hits 12,” Murray said Tuesday inside the First Niagara Center.

When the clock hit noon Tuesday and the market opened, the Sabres, a laughingstock last season, quickly became the NHL’s top destination.

First, they signed respected Montreal captain Brian Gionta, a Greece native, to a three-year, $12.75 million deal. Former Sabres Matt Moulson, a regular 30-goal scorer, and Cody McCormick, a versatile fighter, wanted to return so badly they made Buffalo their No. 1 choice. McCormick’s agent never made another call.

Prior to those signings, the Sabres acquired defenseman Josh Gorges for a 2016 second-round pick. Gorges took the Sabres off his no-trade and left the Canadiens. The Sabres also re-signed winger Marcus Foligno to a two-year, $3.75 million contract.

“It’s easy to spend money,” Murray said. “You guys just didn’t have faith that Buffalo was a destination, that’s all.”

If the Sabres become a contender within the next few years, Tuesday could be remembered as a franchise-changing day. Some respected veteran talent – the kind that can contribute on the ice and mentor the team’s many prospects – chose Buffalo.

“We’re trying to rebuild an organization into a top organization,” Murray said. “It shows there are quality players that want to come you. I said I thought that all along.”

Murray recently said he expects the Sabres to be a lottery team next season. Has he changed his mind?

“We have to get a lot better to get away from the bottom, and does this do it? I don’t know,” he said. “This changes the mindset is what it changes. I still don’t consider us a contending team by any means. Now, the players may think differently.”

To Murray, the moves prove the Sabres don’t want to wallow in mediocrity for years.

“People can get on the bandwagon early or they can get on later,” he said. “It doesn’t matter. But if you want to be more right than you are wrong, I would just say – I don’t want to sound cocky – get on a little earlier than you would’ve thought because this is serious stuff. We take the job seriously and we prepare seriously.”

Here’s more on the signings:

Murray wouldn’t say if Gionta will be the Sabres’ next captain, although he should be in the mix.

The GM said the 5-foot-7 Gionta’s a great mentor for 18-year-old center Sam Reinhart, the No. 2 pick Friday.

“He’s not a very big guy and he’s carved out a very good NHL career against all odds,” Murray said. “So there’s something obviously intangible you can’t measure with a yard stick, analytics, anything like that. He has it spades.”

– In Moulson, the Sabres signed one of the top wingers on the market.

“(He was) happy we reached out to him,” Murray said. “He had choices, and this was a place he wanted to be.”

The Sabres traded Moulson to the Minnesota Wild before trade deadline. Right now, Moulson’s a first-liner.

– McCormick has 20 goals, 41 points and 510 penalty minutes in 372 NHL games. The 31-year-old, a part of the Wild trade with Moulson, can play center or wing and is quietly one of the better skaters on the team. He joined the Sabres in 2009 and still lives in Buffalo.

– The 28-year-old Meszaros, once one of the game’s best young defensemen, has been bouncing around the league for years. Murray knows him from the Ottawa Senators.

“I explained to him that I think he should come here and become the player he once was, the player I used to know,” Murray said.

With a short contract, the Slovak could easily be traded.