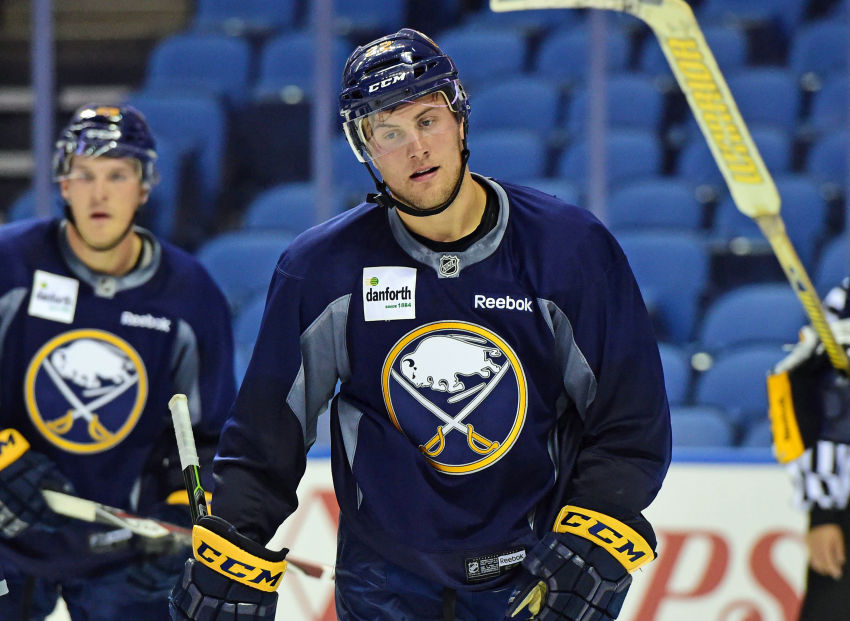 BUFFALO – Dan Bylsma wanted to count them all first. So before the coach talked about the impressive center depth the Sabres have quickly assembled, he rattled off each one on the roster.

For the past two seasons, as the hapless Sabres set records for goal-scoring futility, they possessed the NHL’s weakest crop of centers. Now, with O’Reilly and Eichel, who joined the Sabres minutes apart June 26, they might have one of the best.

“For the longest time since I’ve been here we’ve struggled a little bit at the center position,” Ennis said. “We’ve been a little thin, and now it seems like we have five, six guys that can play center, play it really well. So that’s huge, and I think teams that win are deep through the middle.”

“You look back last year, we were trying out a lot of different centers,” said Sabres captain Brian Gionta, a winger. “We just didn’t have the depth at center.”

These days, the Sabres have so many centers they’re shifting guys around.

“It’s a nice problem, if you could call it that,” Reinhart said.

Bylsma switched Girgensons to right wing early in training camp, although he put him back at center Saturday. He moved Reinhart to left wing Friday, and the No. 2 pick in 2014 responded with three assists in the Sabres’ 6-4 win in Toronto.

Putting an extra center on the ice as a winger has special benefits.

“We’re going to have two centers on the ice for draw situations, protection situations,” Bylsma said. “If you get kicked out or one guy’s not having a good night in the faceoff circle, you’re going to have a guy go in and be able to win draws for you. It’s a luxury that we have. But it also is an adjustment for some of those centermen that are going to be playing the wing.”

Reinhart adjusted well against the Maple Leafs, playing perhaps his best game as a professional. The 19-year-old, who played nine games early last season, said he doesn’t care which position he plays.

“I just want to be out there,” Reinhart said. “I feel comfortable in both situations. … It is a little different game out there.”

“I think center, you’re in the middle of the ice, you’re kind of working underneath the puck, building up speed that way, as opposed to wing, you may not be at top speed when you get it but you kind of have to carry,” Reinhart said. “I think that was the biggest thing, when I did get the puck on the wing, I think I had more time than I thought.”

The new faces have pushed Johan Larsson, the Sabres’ top center late last season, down the depth chart a bit. Still, the Swede could have a spot in the opening-night lineup next week, possibly between Foligno and Nick Deslauriers. Right now, Larsson and Legwand might be the third and fourth centers.

Larsson struggled last season until former coach Ted Nolan, with no one else to play, gave him top billing between Ennis and Matt Moulson. He finished with five goals and 14 points in his final 20 games.

“I really felt good after that ending,” Larsson said. “I knew I could play in this league. I had good success in the end.”

While O’Reilly, Eichel and Reinhart – if he plays center – give the Sabres three playmakers, Larsson offers them something a little different. In addition to some slick ability, he can also be a tenacious presence.

Bylsma talked to some observers he knew about Larsson’s late-season run.

“They liked him a lot,” he said. “They thought he played a hard, kind of sandpaper, gritty game. They scouted him as such. They’re like, ‘That’s what’s he’s going to bring to the table, hard to play against.’ That’s what he’s got to bring to our team.”