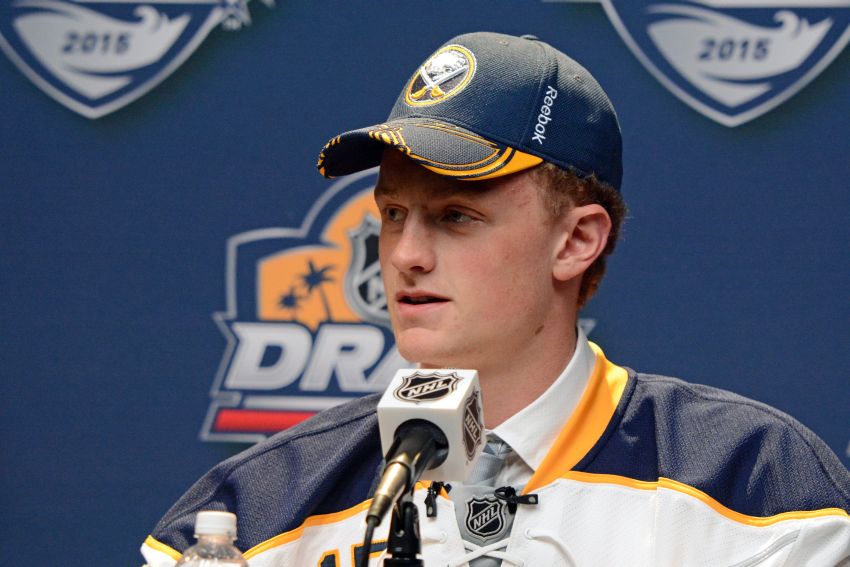 So when the Sabres finally selected him Friday at the NHL Draft inside the BB&R Center, Eichel, one of the biggest prospects in recent memory, shared his true feelings.

Why wouldn’t Eichel say anything? He didn’t want to get ahead of himself.

Now, about his future. Eichel wouldn’t say whether he’ll turn pro or return to college. He plans to announce his decision in “a few days.”

The moments from hearing his name called to standing on stage in a Sabres jersey went by in an instant.

“You’re wearing an NHL jersey and you’re on stage, and it’s your dream and it came true,” he said. “It’s something I’ll never forget.”

Sabres general manager Tim Murray understands how special Eichel is to the franchise and the city.

“It was one of the special moments in my drafting career,” he said. “You don’t get to draft that high very often nor do you want to. You don’t get that caliber player very often. It was great.”

Murray was busy before drafting Eichel. The Sabres’ recent moves – they also acquired center Ryan O’Reilly from the Colorado Avalanche – have impressed the youngster.

Eichel’s excited to join the community and feel the rabid support of the Sabres’ large fan base.

One thought on “Jack Eichel thrilled to be drafted by Sabres: ‘I wanted to be a part of this’”