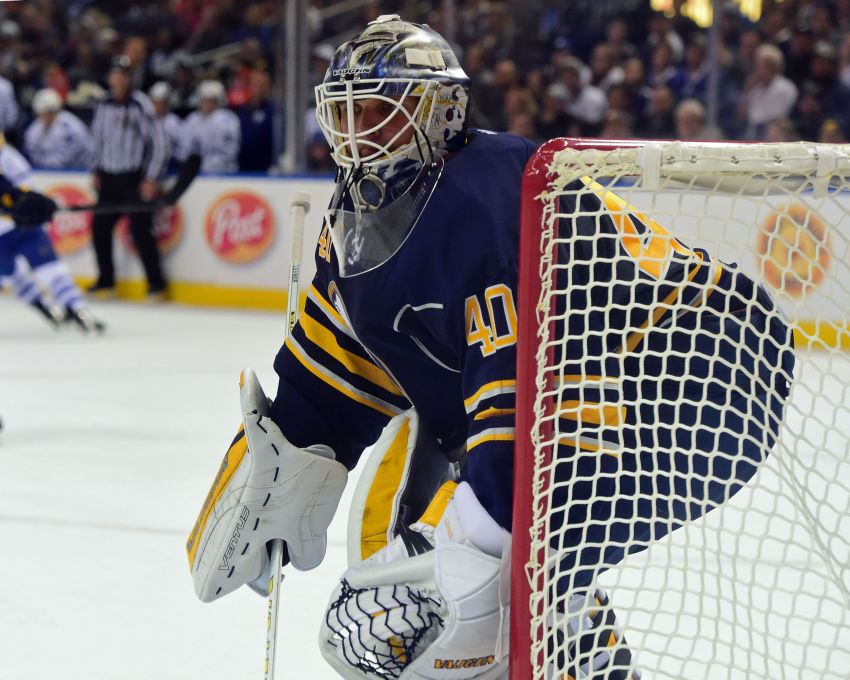 The Amerks play three games in three days this weekend, so Lehner might start two of the three. Bylsma also said he would be with the team a week from Wednesday.

In other news, Sabres goalie Linus Ullmark will start tonight against the upstart Florida Panthers, who have won nine straight games and lead the Atlantic Division.

“That’ll be a nice mark for them to keep, nine in a row,” Bylsma, whose Sabres have lost four straight games, joked inside the First Niagara Center.

The Sabres will make one lineup change on defense, inserting Carlo Colaiacovo, who has sat out 11 straight contests, for Mike Weber. Colaiacovo hasn’t played since Dec. 7.

“Extremely difficult, obviously,” Colaiacovo said about being scratched. “It’s not always fun when you’re watching. You play the game to play the games and be a competitor. Unfortunately, it wasn’t the case lately. You try to do that keep yourself sharp, practice good habits for when the opportunity comes back.”

In other lineup news, Tim Schaller, who was summoned Monday to replace injured winger Nick Deslauriers, will center the fourth line tonight beside Marcus Foligno and David Legwand.

Here are the Sabres’ other three lines from left to right: