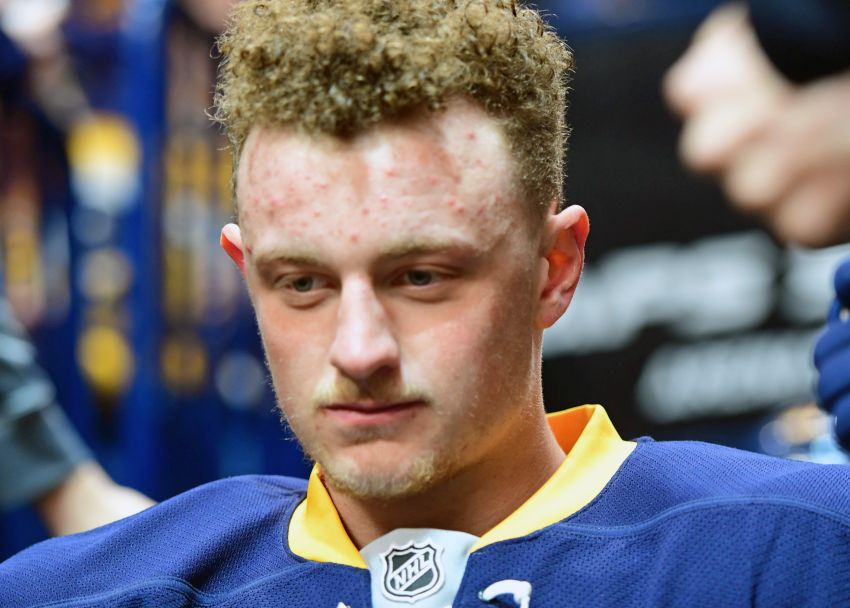 BUFFALO – In his first two seasons, Sabres center Jack Eichel quickly morphed into one of the NHL’s most dynamic talents, compiling 48 goals and 113 points in 142 outings.

At just 20 years old, he is the face of the franchise, often an electrifying presence and a potential superstar. In the near future, the former second overall pick should sign a long-term contract worth perhaps $10 million a season.

Still, Eichel believes he has “a lot of prove.”

“I just need to step up around the room, on the ice, big situations for our team, do more, prove that I could be our go-to guy.”

So why, despite a strong resume, does Eichel believe he has proven nothing?

“If you look at what I’ve done, it hasn’t been a whole lot, two mediocre seasons on a losing team,” he said.

“I wouldn’t say he’s done nothing,” Kane said. “Obviously, he’s a hell of a player and he’s proven he can take over games time and time again. But what I think he means by that is he hasn’t won anything … and he wants to be a top player in the league. Hopefully, I can help him become one of those players.”

The Sabres, of course, haven’t made the playoffs since 2011. They’re coming off a disappointing last-place finish that cost general manager Tim Murray and coach Dan Bylsma their jobs.

Eichel took the losing hard, and his frustration was visible throughout the lost season. By the end of the campaign, he was seething.

The fast style Housley wants to showcase should allow Eichel to utilize his speed and skill more often than a year ago.

“That’s my game,” Eichel said of speed and skill. “Obviously, the way that Phil wants to play is right up my alley, so I’m excited for it. D down the walls, D in the rush, that’s me. That all sounds good.”

Eichel reiterated Thursday he’s “pretty open” to playing the season without a contract extension and “seeing what happens.” Botterill expressed optimism Monday a new deal could be completed shortly for Eichel, whose entry-level contract expires after the season.

“Jack is a very mature individual,” he said. “You can see it in the press conferences. I really like his state of mind, where it’s at.”

Housley on some of the Sabres’ youngsters developing in the AHL: “Rochester is going to have a good team, very competitive and they can develop down there. There’s nothing wrong with that. There’s no rush in bringing players up and trying to put them in positions where they’re going to fail.”

Ironically, Housley, a Hall of Fame defenseman, never played one game in the minors after jumping into the NHL out of high school in 1982.

Housley said winger Sam Reinhart, who was drafted second overall as a center in 2014, will see some time in the middle during camp. Reinhart, 21, has occasionally played center during his first two NHL seasons.

“Do I have to reveal that right out of the gate, guys?” Housley joked when asked about Reinhart.

Notes: Housley said the Sabres aren’t in a hurry to name a new captain. … The Sabres have their first on-ice sessions of camp this morning inside HarborCenter. Housley hasn’t been on the ice since June. “It’ll be interesting to see how I feel when I get out there,” he said. … Sabres goalie Robin Lehner on the offseason: “It was a miserable summer. These long summers are not fun. You have a long time to reflect and be disappointed.”