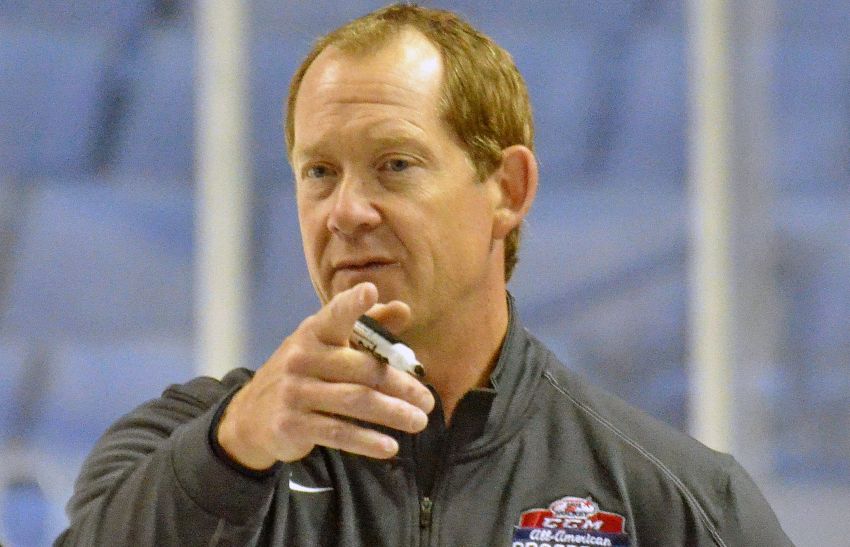 Doubt crept into Phil Housley’s head as the Hockey Hall of Fame passed him over year after year. Since 2006, three years after he ended an often spectacular 21-year career, the former Buffalo Sabres star defenseman patiently waited for a life-changing phone call.

Housley, who amassed 1,232 points in 1,495 games, was starting to think the call might never come.

Then on Monday, as Housley was about to eat lunch at a restaurant in Arizona, his phone rang. The Hall of Fame wanted to welcome him as a member of its 2015 induction class.

“I finally got that phone call this year,” an emotional Housley said on a conference call. “I can’t tell you how shocked, excited, extremely proud I am.”

Housley’s ready to forget about all the memories of missing out.

“I’m actually going in,” he said. “I’m really excited. The past can stay where it is.”

Housley played much of his career in a high-scoring era in which slick players could showcase their talents. The 51-year-old dazzled from the get-go, scoring 19 goals and 66 points as an 18-year-old rookie in 1982-83.

Just months earlier, the Sabres had picked him sixth overall from South St. Paul High School in his native Minnesota.

“I got to thank Seymour and Norty Knox, the owners of the Buffalo Sabres, and Scotty Bowman, for taking a chance on a high school kid that probably weighed about 165 pounds soaking wet,” Housley said. “It was a great time for me.”

Housley, one of the most electrifying players in franchise history, is the Sabres’ all-time leading scorer among defensemen. “Wowie Housley” became one of legendary play-by-play man Rick Jeanneret’s most famous calls as Housley compiled 178 goals and 558 points in 608 games from 1982-90.

Housley, now a Nashville Predators assistant coach, had 338 goals and 894 assists overall. His 1,232 points are second all-time among American-born players.

He sounded nostalgic Monday recalling his memories of Buffalo, which he called “a great sports town.” He talked about playing with Gilbert Perreault, Mike Ramsey and Lindy Ruff.

“Some guys that really took a hold of me and made me comfortable and be part of the team,” Housley said. “You need to have that core leadership, especially for the younger players, and they sort of showed me a way. I’ll never forget playing with Gilbert Perreault, who’s in the Hall of Fame, of course. What a great man, person, taught me a lot about the game. …

“I think the fans in Buffalo were very supportive of the Sabres, and spending eight years there was certainly a great place to start, little bit of a smaller market, just learning about the game and being part of Buffalo.”

The Sabres traded Housley to the Winnipeg Jets in 1990 for center Dale Hawerchuk, who was elected to the Hall of Fame in 2001. Housley also played for the St. Louis Blues, Calgary Flames, New Jersey Devils, Washington Capitals, Chicago Blackhawks and Toronto Maple Leafs.

“I always looked at it as an opportunity if somebody traded for me,” Housley said. “My attitude was always another challenge.”