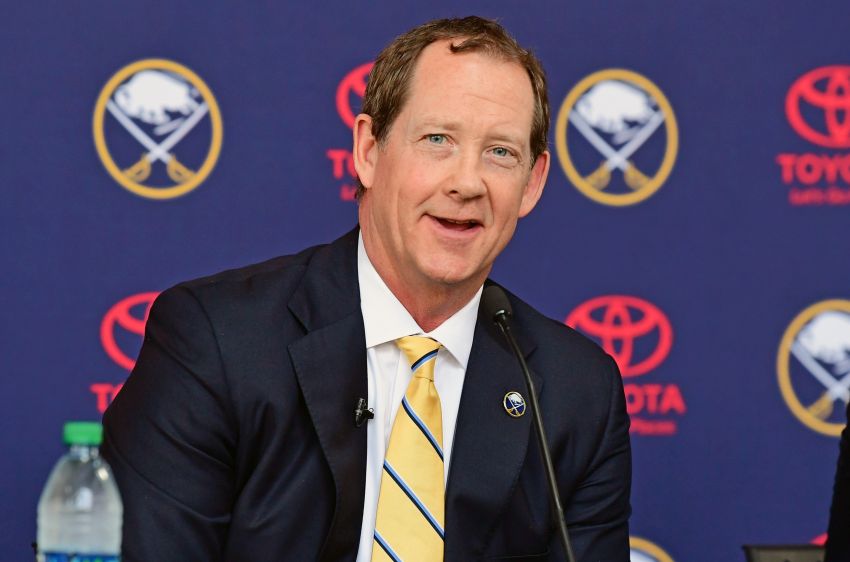 So Thursday morning, as a smiling Housley stood at a podium wearing a blue Sabres jacket talking about his team, the moment wasn’t lost on the rookie head coach.

In the same spot five months earlier, Eichel seethed as he offered only terse answers about another lost season. On Thursday, as you would expect at the start of a new campaign, he sounded upbeat.

By the end of last season, almost everything felt stale. Some of the Sabres’ woes, winger Kyle Okposo said, can be traced to accountability, something goalie Robin Lehner often spoke passionately about following losses.

“I don’t think think we always played the game in the right way to … give ourselves the most success,” Okposo said. “There was times I know we all thought in the room we could be better.”

Okposo said the Sabres must mature and become more disciplined.

“We have a lot of young players, but they have the ability to play older, to play a more mature game,” he said. “I think that was just lacking a little bit from everybody (last season), myself too. I think we can all be better. We can cut that learning curve down significantly if everybody buys in and we have some maturity to our game.”

The Sabres reloaded during the offseason, overhauling the blue line and adding three defensemen – Victor Antipin, Nathan Beaulieu and Marco Scandella – capable of moving the puck.

Those new faces should help Housley, a speedy defenseman for 21 seasons, showcase a slick five-man attack. Part of Bylsma’s downfall was the slow style he utilized.

A new style and some familiarity should boost the Sabres. Most of the current team is beginning its third season together.

“When we all started coming together two years ago, I think it was just more of the unfamiliarity between players,” Eichel said. “Now that we’ve been together for two years, we know each other pretty well, you put a new coach in place who has obviously the experience he has, we should be able to hit the ground running.”