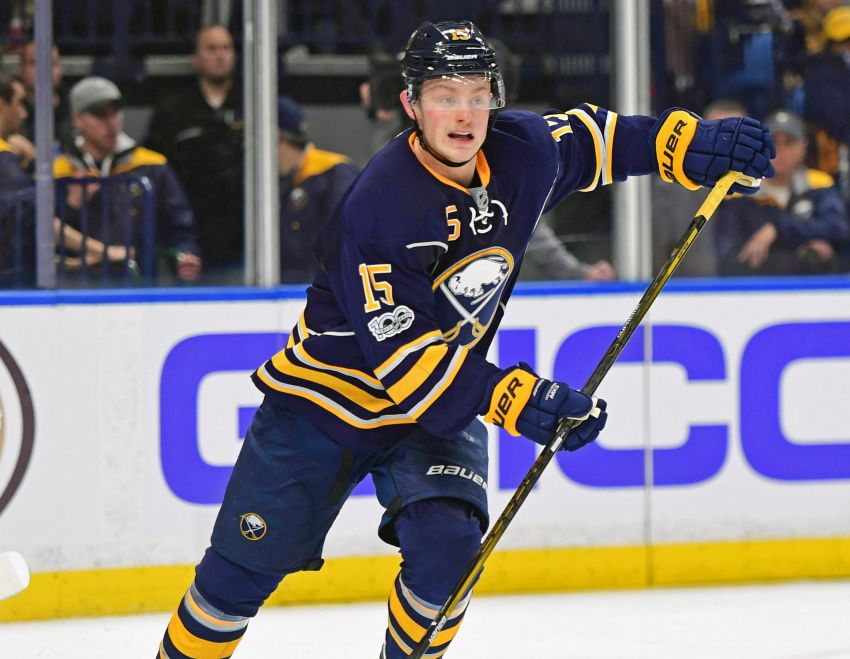 BUFFALO – Sabres center Jack Eichel called it the NHL’s “new game.” Thanks to their dynamic talents, young stars barely out of their teens can earn huge long-term contracts these days.

Eichel, of course, is part of that elite group and will cash in. The Sabres and Eichel’s camp have talked this summer about a lucrative new contract.

But if the Sabres and Eichel can’t reach an extension soon, he said he has “no problem” playing out the final season of his entry-level contract.

“If that happens, that happens,” Eichel, 20, said Tuesday following a late-summer skate. “I’m pretty adamant on staying a Sabre and staying in Buffalo. It’s not something I can really control here. I can just control my play.

“Guys are making an impact on their team and getting rewarded for it,” Eichel said of the deals youngsters are signing. “I don’t think the age should be too much of a reason not to get a good deal. If they’ve earned it, they’ve earned it. There’s obviously a new market out there in terms of money paying for young kids. It’s been set.”

Eichel seems determined to focus on the upcoming season and not let his contract distract him. While he mentioned playing out his current deal, he also sounded a bit optimistic a new contract could be finalized in the near future.

He said he believes talks have continued between his main agent, Peter Fish, and Sabres general manager Jason Botterill.

Eichel just returned to Buffalo and skated with his teammates for the first time Tuesday inside HarborCenter. Training camp opens Sept. 14.

After scoring 24 goals and 57 points in 61 games last season, Eichel has enormous expectations for his third NHL campaign.

The new faces – the Sabres also hired Phil Housley as coach – “can be a good thing for some guys who obviously didn’t have the best relationships the last few years,” Eichel said.

Eichel’s cognizant that as the face of the franchise and the team’s best player, his words matter. Even just 142 games into his career, he knows he must assume a greater leadership role this season.

Housley, a Hall of Fame defenseman, plans to play an up-tempo game that will help Eichel utilize his talents. Housley impressed Eichel during their first meeting Tuesday morning.

“(His style is) going to fit in pretty well to my game, obviously pushing the pace, playing with the puck, possessing it, playing fast,” Eichel said. “So all that stuff bodes well for me. I think it should be a good fit.”

Botterill, Eichel said, is a “sharp” and “smart guy.”

2 thoughts on “Jack Eichel ‘adamant’ on staying with Sabres, willing to wait for extension”