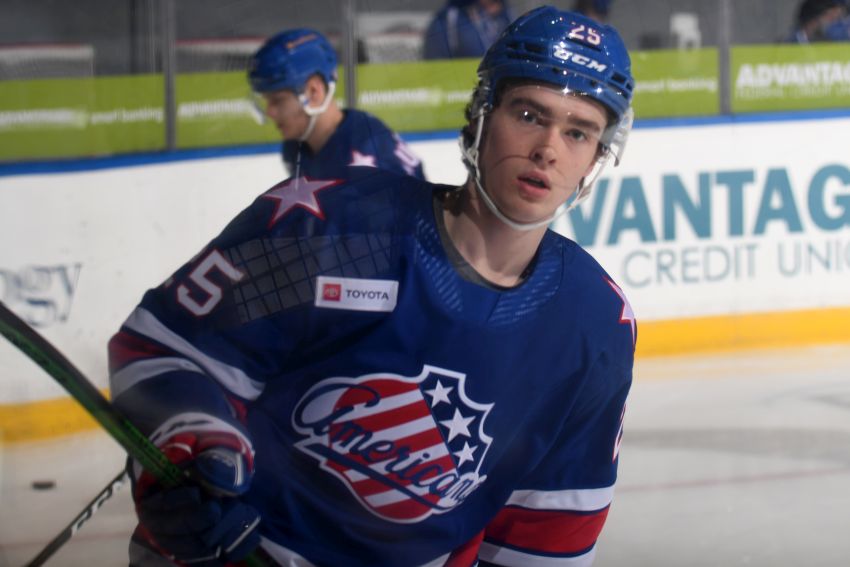 During Jason Karmanos’ tenure with the Pittsburgh Penguins, the Buffalo Sabres’ new associate general manager said he was “intimately involved” in the NHL Draft.

So Karmanos arrived in Buffalo last month with strong knowledge of the Sabres’ prospect base.

“I’m excited they’re here, because these are guys that I liked on my own and that our previous staff liked,” Karmanos said on a Zoom call Monday.

Karmanos, who was fired as Pittsburgh’s assistant GM on Oct. 26, said if the Penguins owned a first-round pick last year, they would’ve drafted forward J-J Peterka. The Sabres ended up taking Peterka, 19, in the second round, 34th overall.

“Interacting with him here today, he’s a really impressive 19-year-old,” Karmanos said. “Just how he approaches his day to day and where he goes from here, in my opinion it’s pretty unusual for a kid his age. And that gets you pretty excited when you’re in a position like myself. It’s not just about talent, it’s about about whether these kids have the drive to get there and maximize their talent and their potential.

“And so Jack certainly has taken a big step this year.”

In a normal year, Quinn would’ve had to return to his junior team, the Ottawa 67’s. But the COVID-19 pandemic forced the Ontario Hockey League to cancel its season, meaning he was able to play in the AHL.

“I know from his experience he benefited from it dramatically,” Karmanos said. “That’s going to help him for the rest of his career.”

Karmanos said he will be “directly involved” with Sabres general manager Kevyn Adams, ownership and others in finding a new head coach.

Adams, who recently lauded Don Granato’s work as interim coach, said he plans to talk to “a lot” of people before making a decision. Adams, who was hired 11 months ago, has never hired an NHL coach.

Karmanos said Granato, a veteran coach with varied experience, made a positive impression after replacing Ralph Krueger on March 17.

“He put himself in a strong position, I believe, with how he coached the team after the changed and how he presents himself,” he said. “He’s a person with a ton of experience at this point as a coach. Not necessarily as an NHL head coach, but he’s been a coach for a long, long time.

“But that said, there’s a lot of people out there. It’s exactly how Kevyn put it. It’s a process and a learning process that I think is always helpful and always puts it in perspective.”

During the Jason Botterill’s three-year tenure as GM, the Sabres spent millions of dollars on experienced players for the Amerks.

Under Adams, however, they signed fewer veteran players.

With a slew of veterans on the Sabres’ their taxi squad this season, the Amerks often utilized a lineup featuring prospects and players on AHL contracts or tryouts.

Karmanos said he wants to have a mix of prospects and veterans.

“You can’t have all young guys,” he said. “It doesn’t usually go very well that way. You want to find the right veterans, so I think (you need) the types of players that are going to be culture drivers, that are going to set the right examples. … You need to find some players that have more experience that can help be stabilizers in those types of situations that you find in pro hockey.”