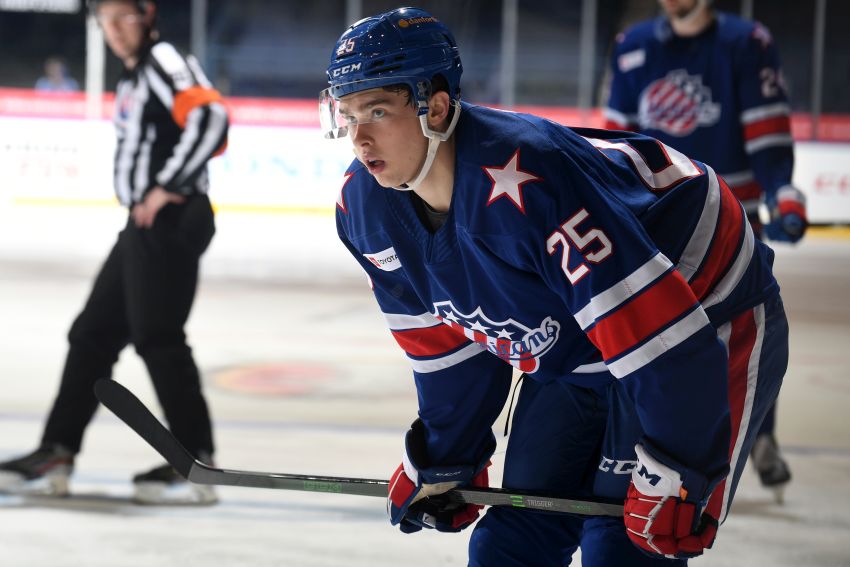 In a normal year, Quinn, the eighth overall pick in 2020, wouldn’t have been eligible to play in the AHL. But the Ontario Hockey League’s COVID-19 pause created a unique opportunity for teenagers like Quinn to develop against men in pro hockey.

Quinn, 19, embraced his three-month stint in Rochester. His maturity and talents impressed Appert and others.

“He was just one of the guys,” Appert said on a Zoom call. “He was a great teammate and he treated everybody the way that you’d want your teammates to be treated. I think that the combination of his talent and his work ethic mixed with that character is a really good sign for our organization.”

Quinn underwent surgery Thursday and is expected to recover in about six weeks, according to the Sabres.

Appert said Quinn had been battling the hernia problem since he participated in Team Canada’s World Junior Championship training camp late last fall. The Sabres want him to have surgery now so he can focus on training for next season.

“It’s not a surgery that is going to take him out for months and months at a time; it’s something that we feel is going to be cleaned up,” Appert said. “And the reason we’re doing it right now is we’re trying to put him in the best position to be successful for next year.”

Despite only playing 15 games this year, Appert said Quinn displayed consistent development while recording two goals, nine points and a minus-14 rating.

Quinn, who scored 52 goals for the junior Ottawa 67’s last season, started the season as a winger before recently being switched to center.

“His growth was really week to week and game to game,” Appert said. “You could see improvements in his game. He became way more dangerous offensively, and he always has that in him, but then it’s, ‘How do you do it at another level? How do you do it against men? How do you do it in the second-best league in the world?’

“And you could see him start to put the pieces together and the questions he’d ask when we’d watch video together, where he knew he couldn’t do it by leaning on people at this level. So now he had to do it more with his creativity and his mind and his deception and his playmaking, because he couldn’t lean in and physically dominate like he did in the OHL.”

He added: “He became extremely dangerous in the last four, five games that he played.”

The Sabres, who rank dead last in the NHL, dressed the NHL’s youngest lineup – an average of of 24.3 years, according to CapFriendly.com – against the Bruins.

Interim coach Don Granato said if the Sabres were an older team and had the same meager standing, “we would be doomed.”

“The fact that we have a younger team means there’s such a capacity for growth,” Granato said prior to Thursday’s 5-1 loss inside KeyBank Center. “The older players within the group are not even that old, we’re talking about (Sam) Reinhart (25) and (Rasmus) Ristolainen (26), who are just approaching the prime of their careers. And those guys have been spectacular in all this. They’ve been very supportive however many changes and tweaks we’ve made, progressions we’ve looked toward, moved toward.”

“There’s an appetite for more,” he said. “There’s nothing that they can hang on to from their career. They can’t reflect back and say, ‘Boy, I scored 10 goals here on the power play, I need to play here. That’s the only thing in my head I need to do.’ They’re kind of an open canvas in that regard. And as long as we keep them believing that there’s more to go after, we’re good. And that’s easy to show what the next challenge is for them. And we’ve had a good roll at that.

“They’re embracing the fact they’re playing teams that are playing hungry every night, teams that are quality. So that’s going to push their development even further, as long as they engage the way we’ve talked about.”