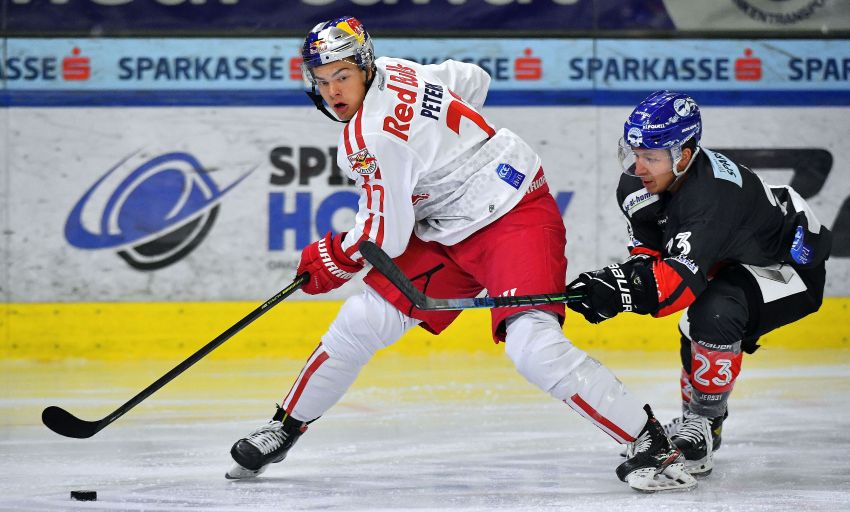 It was just a small gathering at the rink. J-J Peterka’s family, agent and some personnel from EC Red Bull Salzburg gathered in the early-morning hours to watch the first round of the NHL Draft.

In NHL history, only five Germans had been first-round picks. But Germany has started producing elite talent, and this year, three forward prospects – Peterka, Tim Stutzle and Lukas Reichel – possessed the potential to be taken among the first 31 picks.

Stutzle was a lock to be drafted early on Oct. 6. Peterka and Reichel could go later.

“We didn’t want to put something out there where it’s like, ‘Hey, you’re not going to make it to the first round,’” McIlvane told the Times Herald by phone Monday. “All I wanted him to know is that it doesn’t mean that he can’t be the best player in the NHL.”

By the end of the first round, McIlvane found himself circling back to Kucherov’s story.

When the opening round ended a little before 5 a.m. in Austria, McIlvane said “the air in the room was gone.” Every team had passed on Peterka.

“I can just tell you that he was crushed, because he had dreams going in the first round,” McIlvane said.

But Peterka’s disappointment lasted mere hours. After the second round began, the Buffalo Sabres traded the 38th and 100th picks to the San Jose Sharks to move up and draft Peterka with the 34th selection.

“Afterwards, as hard as the first round was for him, he was equally ecstatic with how it played out the next day,” McIlvane said.

He added: “He’s still carrying the excitement with him. We’re proud of him.”

At Red Bull’s next practice, Peterka’s teammates greeted him warmly – “The boys gave him a lot of love,” McIlvane said – and watched video of his selection.

“It was special to … see the genuine happiness he had and the excitement to be a part of Buffalo,” McIlvane said.

Peterka, 18, could be a part of Buffalo’s core group of forwards in the coming years

Right now, Peterka is eight games into his second pro season. He spent last year in the Deutsche Eishockey Liga (DEL), playing for powerhouse Red Bull Munich. The COVID-19 pandemic has forced the DEL to delay the start of its regular season, so Munich loaned Peterka to Salzburg, which competes in the Austrian Hockey League.

Naturally, playing against men as a teenager has enhanced Peterka’s development. In Salzburg, he has enjoyed a role as a top-six winger and also runs the half wall on the power play. So far, he has scored three goals and six points.

“The season started, he had the puck on his stick a lot,” said Matt Ellis, the Sabres’ new director of player development. “He was able to start gaining some traction and building some confidence from an offensive standpoint. And at the same time, playing a lot, and in all situations, which for him is a big step in his growth.”

McIlvane said Peterka has already started pushing the edge of his development window and learning “to be a top guy.”

“There’s a lot of responsibility that falls on his shoulders inherently, but he’s handling it,” he said. “He’s a really open learner. He’s excited to learn. He sits down, when you’re giving him feedback, he stares you in the eye.”

Ellis said the 5-foot-11, 192-pound Peterka is “relentless in the work that he puts in at developing his own craft.”

“He has that burning desire to want to improve, want to grow, wanting to be better,” he said. “(The Red Bull coaching staff) mentioned he’s gravitated a lot toward some of the veterans that they’ve brought in there in Salzburg. Guys that he’s identified can help him learn different aspects of the game and develop some of the pro qualities that are going to (help) as he continues to build as a player.”

“He’s got somebody that’s kind of been there, done that, he’s playing with,” said McIlvane, who put Peterka at left wing beside Skille and Rick Schofield, a former Rochester Americans forward.

An outbreak of COVID-19 around the league has limited Salzburg to only eight games. On Sunday, Red Bull played its first game in 30 days. Peterka did not miss a beat, skating around 22 minutes.

“It looked like his fitness level was great, his compete was sky high,” Ellis said. “He had an impact on the game. … The important thing that I’m able to draw from watching that video is that’s a kid that made sure he was taking care of his business during the down period.”

Salzburg has five games left before Peterka plans to leave for Team Germany’s World Junior Championship camp. He was named to a preliminary roster last week. Given his talents and that he played in last year’s tournament, he seems like a lock for the team.

When Peterka returns, the DEL season could be underway. Returning to Munich could be an option.

“We’re cognizant of what all of our options are,” Ellis said. “We’re very happy that he has a place right now and a role in Salzburg, where he’s able to play and continue. I think that’s the biggest thing for our prospects right now, is them having consistency and them being able to play.”