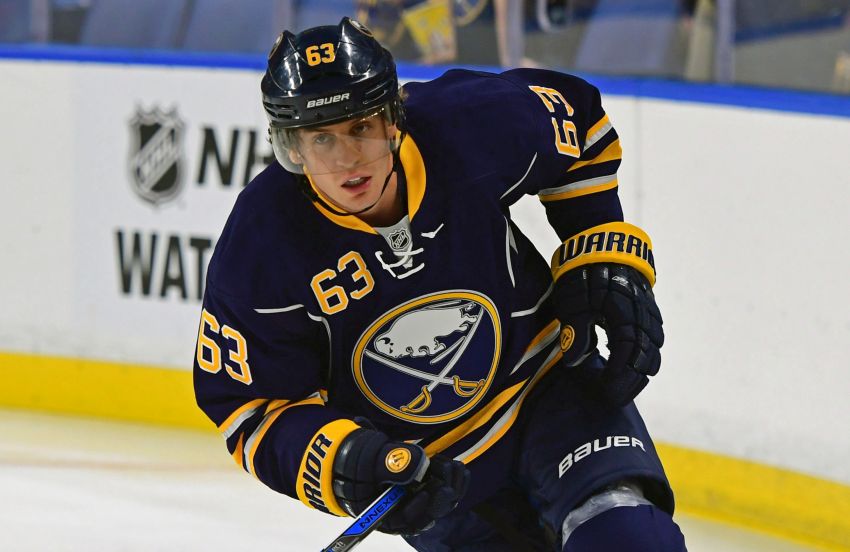 “I like the way he skated,” coach Dan Bylsma said after the Sabres prepared for tonight’s preseason game against the Toronto Maple Leafs. “He played with some urgency, he played with some jam. In the third period, he drew the penalty with his skating.

“I thought it was a pretty good debut from Tyler. I think he’s still got something to prove in his game playing tonight.”

Following his strong performance in Tuesday’s 3-2 overtime win against Ottawa, Ennis, 26, will dress again tonight inside the KeyBank center, this time on the right wing beside center Zemgus Girgensons and Matt Moulson.

The diminutive Ennis, a talent many believe can score 30 goals, knows he can’t change his style.

“That’s kind of impossible,” he said. “You got to play the same way you always played. If I played any different, I wouldn’t be very effective out there.”

He added: “I’m rusty still, so there’s improvements to be had, but in terms of speed and skating, I felt good.”

The Sabres will field a solid lineup tonight against the Leafs, their fourth preseason game. They won a 1-0 shootout Thursday against Toronto in St. Catharines, Ontario.

Tonight’s lineup will be different. Defenseman Dmitry Kulikov, just back from the World Cup, will his make his Sabres debut. So far, Kulikov’s intelligence has impressed Bylsma.

“He’s a pretty smart player, pretty adept right now at asking the right questions and understanding what’s being asked of him,” Bylsma said.

With Kulikov and center Jack Eichel back from the World Cup, only center Ryan O’Reilly is missing. Team Canada won the tournament Thursday, so O’Reilly, whose practice habits have quickly become legendary in these parts, will return soon.

“I wouldn’t be surprised if Ryan showed up tonight or showed up tomorrow morning,” Bylsma said. “That’s the kind of guy, kind of player he is.”

In other news, Sabres goalie Robin Lehner will start and play the entire game, Bylsma said. Jason Kasdorf will back him up. Old friend Jhonas Enroth, a late addition to the Leafs in August, will oppose him.

Update: Lehner’s out with a forearm contusion. The injury isn’t serious and he’s only sitting because it’s a preseason game, according to the team. Kasdorf is starting and John Muse is backing him up.

No. 1 overall pick Auston Matthews won’t play for the Leafs:

Bennett, who’s in camp on a tryout, has an AHL contract with the Rochester Americans. Still, the Rhode Island native, 25, has earned praise from Bylsma and two preseason games.

“It’s definitely a confidence booster, that’s for sure,” Bennett said. “I know I can play this game at this level, but it’s always good to have that feedback. It makes you believe you can play here.”

What kind of style does Bennett play?

“Skating and passing, breaking pucks out, kind of being that fourth guy on the attack,” he said. “I would say I’m a transitional defenseman. I work best if I get the puck in the neutral zone, move it up to someone then jump in the play.”