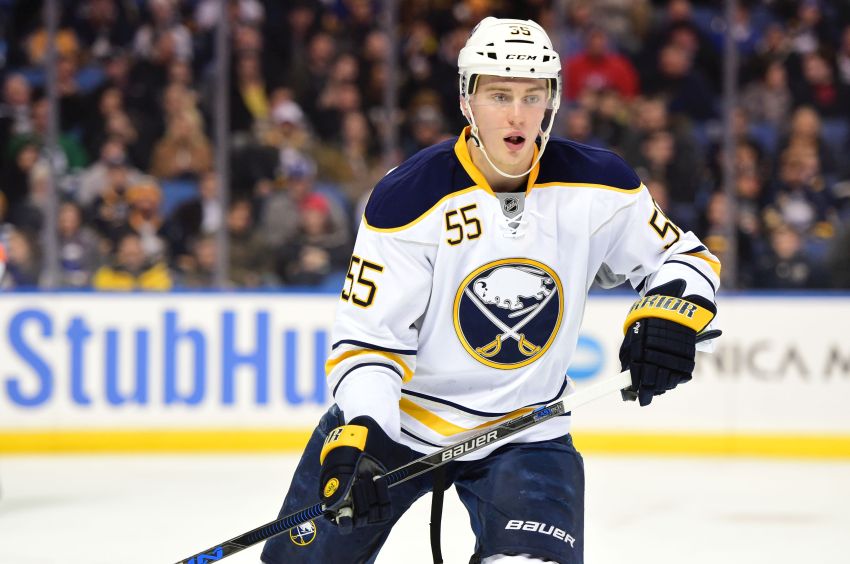 BUFFALO – Rasmus Ristolainen said he trusted a new contract would be finished. Still, the Sabres defenseman wasn’t sure if his deal would be completed before tonight’s season opener.

The Finn, 21, practiced Wednesday beside new partner Dmitry Kulikov as the Sabres prepared for the Montreal Canadiens inside KeyBank Center.

Ristolainen briefly left the Sabres earlier this week. He had been practicing as a restricted free agent, something his agent called a “goodwill” gesture.

Ristolainen cemented his status as the Sabres’ No. 1 defenseman in 2015-16, compiling nine goals and 41 points while skating a team-high 25 minutes, 17 seconds a game in 82 appearances.

But he often struggled in the second half.

“I think he came out of the gates for the first 40 games or so, played a real strong, really almost dominating game for us on the backside,” Sabres coach Dan Bylsma said. “The consistency, he played a ton of minutes for us.”

Those minutes clearly wore Ristolainen down. That’s why Bylsma wants to cut back on his ice time a bit.

“I think it took its toll on him as the year went on,” he said. “I think being more consistent in that game throughout the whole season is growth for Rasmus.”

What does Ristolainen believe would be growth in his fourth NHL season?

With Ristolainen, Kulikov (bruised tailbone) and Zach Bogosian (groin) all back, the Sabres finally have a full defense corps.

Meanwhile, winger Kyle Okposo (bruised knee) is out tonight but was to skate in the morning, Bylsma said.

Canadiens goalie Carey Price, arguably the NHL’s best, didn’t travel to Buffalo because of the flu.