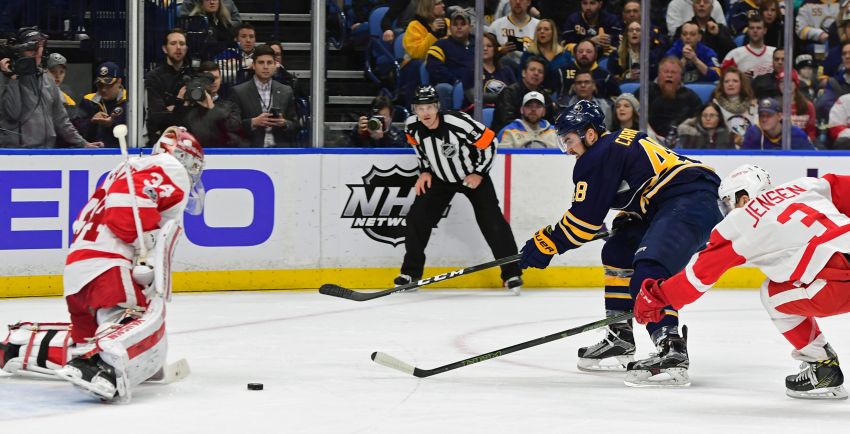 But they also left winger William Carrier, perhaps the Sabres’ biggest surprise as a rookie last season, unprotected for the Vegas Golden Knights, according to a list the league released this morning. Could that move be a side deal general manager Jason Botterill worked out with counterpart George McPhee to lay off unprotected goalie Linus Ullmark? Stay tuned.

The Sabres protected $4.6 million winger Tyler Ennis, who has struggled for two seasons battling injuries, and defenseman Nathan Beaulieu, who was acquired Saturday from the Montreal Canadiens. Perhaps the Sabres believe the speedy Ennis, a three-time 20-goal scorer, can thrive again under new coach Phil Housley.

Bogosian, a defenseman, is set to earn $5.5 million next season and Moulson, a winger, is set earn $5 million.

Every team will lose one player. The Sabres protected seven forwards, three defensemen and one goalie.