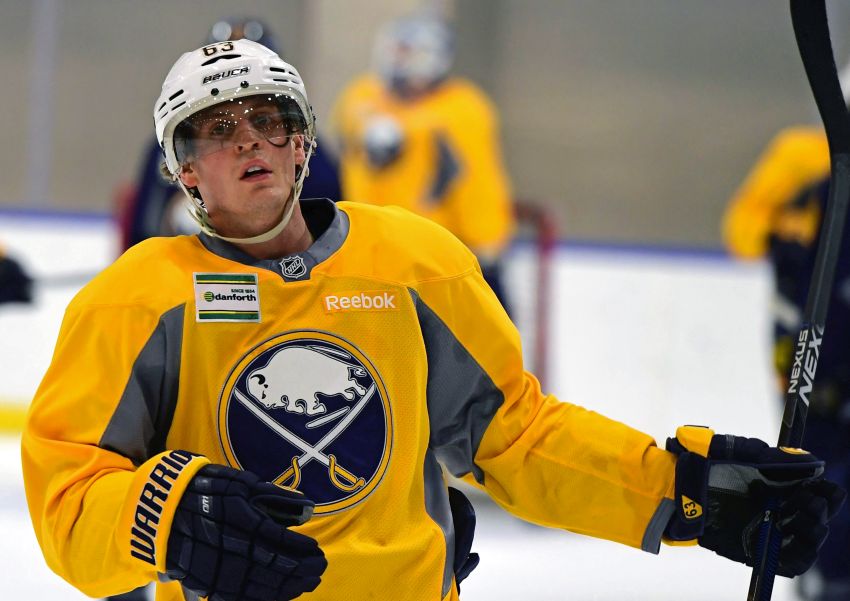 BUFFALO – When goalie Robin Lehner spent a few days at home recovering from the flu last week, the young veteran developed a different perspective on the Sabres’ struggles watching two road losses from his couch.

“Playing the game or being on the bench, it’s one thing,” Lehner said Sunday inside KeyBank Center. “But when you sit down on the couch and you turn on the TV, you kind of get a little perspective on things. I think it’s a little mix of a few things. It’s the timing of things. It’s the turning points in games.”

And, of course, it’s the consistency. The Sabres have showcased little this season entering this afternoon’s tilt against Lindy Ruff’s Dallas Stars.

Within games, the Sabres often cobble together only a strong period or two. Their longest winning streak this season has lasted just three contests.

After a 3-0-1 run vaulted the Sabres to within five points of a playoff spot last week, Thursday’s 4-2 loss in Tampa Bay and Friday’s 5-2 defeat in Carolina kicked them back down to last place.

Lehner said those teams play “pretty boring” for about 80 percent of the game.

“Then (there’s) the 20 percent that comes with the process when teams start chasing or you go up a couple goals,” he said. “The other team starts chasing and they give you more. We’ve got to try to get to that point. Right now, we’re forcing (it) a little bit and then we open up.”

The gap between last place and third place in the Atlantic Division, the final playoff spot, has opened up a bit. Right now, the Sabres trail upstart Toronto by seven points.

Realistically, the Sabres must rattle off a long winning streak if they want to end their six-year postseason drought.

He added: “We’re running out of real estate. We got to try to find that confidence in our game. I think we’re doing a lot of good things.”

While there was no official word Sunday, winger Tyler Ennis’ 70-day wait to play following groin surgery could be over.

“We’ll see about that,” coach Dan Bylsma said when asked if the Sabres’ longest-tenured player could return today.

“When I come back, I’ve got to insert myself with a lot of energy and give this team a boost that we need to make the playoffs,” said Ennis, who suffered a season-ending concussion Dec. 30, 2015.

Today would be Ennis’ 36th appearance since the start of 2015-16. Whenever he returns, he won’t be 100 percent for two or three weeks, Bylsma said.

“I’ve just got to be a confident player,” said Ennis, who has one goal this season and has missed 30 games. “I think I’m at my best when I have the puck and I’m making plays and I’m confident in myself. I might have to do certain things, but I can make a mistake or two when I’m doing that but I’m also making more good plays and being creative and being confident.”

“There is more balance on there,” Bylsma said. “We’ve seen Tyler play a little bit with Jack and a little bit with Ryan, so we think the combination of Ryan and Kyle together and Tyler being along side them using his speed, his ability, his playmaking ability could be a nice fit.”

Notes: Lehner practiced Sunday after the flu sidelined him three games. The Swede also skated the last two days without his teammates. … Bylsma said defenseman Dmitry Kulikov (back) has been skating on his own and “hopefully progressing.” Meanwhile, Bylsma said defenseman Josh Gorges (hip) should see a doctor in the next day or two. … Ruff’s Stars are 2-4-1 in their last seven games and 18-18-8 overall. Ruff coached the Sabres from 1997 until 2013.