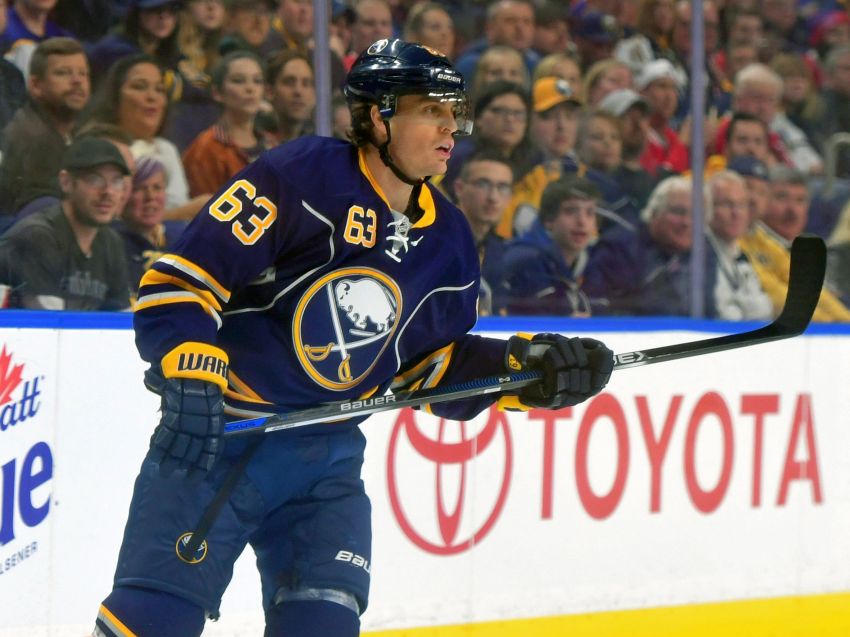 “I have to be able to use my agility, my speed, my quickness to create space,” Ennis said Thursday morning after skating with his teammates inside KeyBank Center.

Thursday marked Ennis’ return to team skates. He participated in a non-contact role prior to the Sabres’ 4-2 loss to the Boston Bruins. He has been rehab skating with assistant coach Dennis Miller, who puts injured players through game situations.

Ennis, who has missed 23 games, has no timeline for a return.

The last year has been arduous for Ennis. Fresh off his second straight 20-goal campaign, his second concussion of 2015-16 one year ago today ended his season.

“It’s about as tough a thing as you can go through as a hockey,” Ennis said of the injuries. “We all want to be out there, hockey’s our life. So it’s frustrating, but I know once I get my body healed up 100 percent I’m going to be a better player.”

Ennis has one goal and two points in 12 games this season.

Update: The reeling Sabres have recalled winger Justin Bailey, 21, from the Rochester Americans. Bailey has 13 goals and  22 points in 33 AHL games, including five goals and seven points in the last five contests. The Williamsville native played two NHL games earlier this season.

When the Sabres acquired Dmitry Kulikov from the Florida Panthers in June, they envisioned the Russian as a minute-munching partner for No. 1 defenseman Rasmus Ristolainen.

“It’s something that Dmitry’s dealt with a long time,” Bylsma said. “It just flared up over the (Christmas) break, three days off.”

Bylsma added: “We desperately need him to get back in there.”

Kulikov, who has just one assist, bruised his back when he was knocked into an open bench door Sept. 30, his Sabres preseason debut.

“Just getting back and assimilating into his game and how he can play for us, that’s been a challenge for us,” Bylsma said. “He’s been a big part of our defense, a big part of how we want to play. He hasn’t been able to be there through the first 34 games on a regular basis.”

With Kulikov out, defenseman Cody Franson returned after a lower-body/muscle injury sidelined him three games.

Entering Thursday, Sabres winger Marcus Foligno had fought three times in four games, as many scraps as the young veteran had in his previous 58 outings.

“There’s games where I feel like we haven’t played our best, so you need a spark … you might show a little bit of frustration out there,” Foligno said.

“It is him stepping up, recognizing the time and the place for our team,” Bylsma said. “I think the one (in Brooklyn) was an answer back to a hard play on Jack the previous game, and one I think we all took note of. It was a good time to do it.”