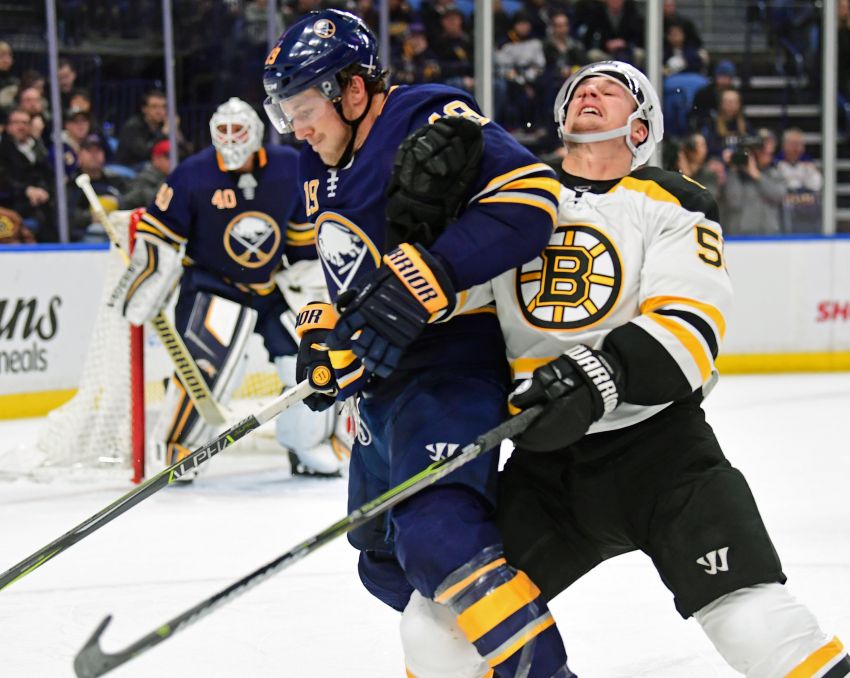 BUFFALO – With Jake McCabe out three to four weeks after undergoing thumb surgery today and Rasmus Ristolainen struggling, the Sabres’ defense corps will look much different tonight against the New York Islanders.

Casey Nelson, a recent recall quickly earning coach Phil Housley’s trust, will play with Marco Scandella, Ristolainen’s partner much of the season on the No. 1 pair. Ristolainen, meanwhile, will move back and skate with Nathan Beaulieu.

“He knows, he understands he hasn’t played well since the All-Star break,” Housley said of Ristolainen’s recent play. “He puts enough pressure on himself. I have no problem with the way he’s been competing down low and battling. I think just the execution on passes, getting shots to the net has to be better.”

With McCabe out and defenseman Justin Falk a healthy scratch, Victor Antipin and Josh Gorges, scratches last game, will return as a tandem.

Housley, whose Sabres have lost four straight contests, will try new lines tonight. Most notably, Evan Rodrigues, a center most of the season, will move to left wing beside No. 1 pivot Jack Eichel, his college linemate, and Sam Reinhart.

With Johan Larsson returning from a two-game suspension, the Sabres have a surfeit of centers.

“Just some chemistry,” Housley said of putting Eichel and Rodrigues together. “Larsson’s back in the lineup, we have four centers, just trying to change different things, just trying to get everybody going. I think (Rodrigues) could really have good chemistry with Jack.”

They certainly showcased chemistry together at Boston University throughout the second half of 2014-15.

Eichel won the Hobey Baker Award as a freshman, leading Boston University to within a win of a national title. Rodrigues, meanwhile, compiled 61 points in 41 games as a senior.

“We kind of knew where each other were all over the ice,” Rodrigues said. “We seemed to click, seemed to be able to make plays kind of without looking at each other.”

He added: “We’ve been friends since college, still work out together in the summer. I think that chemistry can still be there.”

The rest of this morning’s lines: