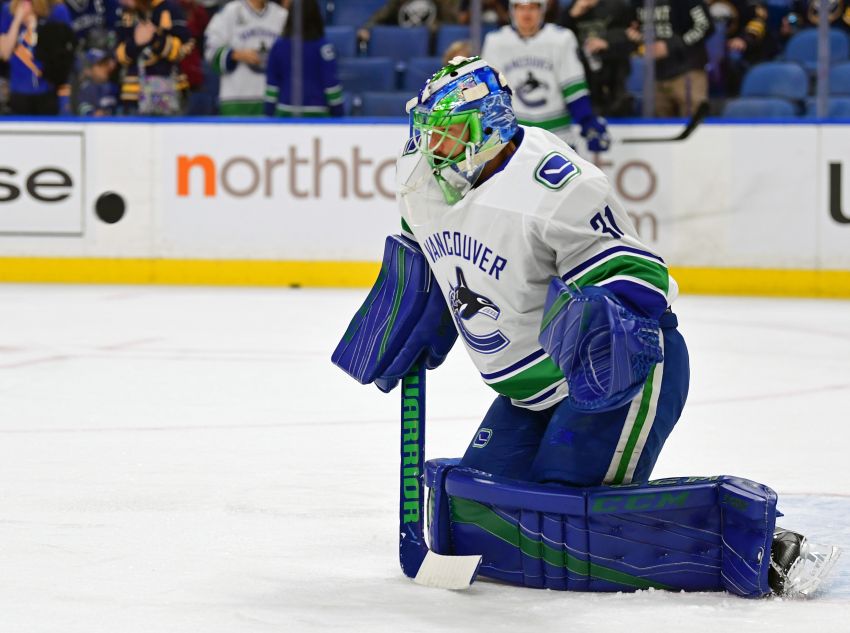 “Honestly, didn’t hear too much from Buffalo,” Nilsson told the Times Herald on Friday prior to the Vancouver Canucks’ 4-2 win against the Sabres.

Nilsson sat out Friday inside KeyBank Center, a rink he dazzled in last season, going 7-1-1.

The Sabres are so banged up, they summoned defenseman Taylor Fedun from the Rochester Americans on Friday morning just so they had an extra player.

“We got to get some bodies up here just in case something happens,” Sabres coach Phil Housley said. “Feds had a really good, strong camp.”

In other injuries news, Housley said center Evan Rodrigues, out since hurting his hand Sept. 29, should start skating soon. Rodrigues is week-to-week.

The Amerks have signed defenseman Stuart Percy, a former first-round pick, to a professional tryout.