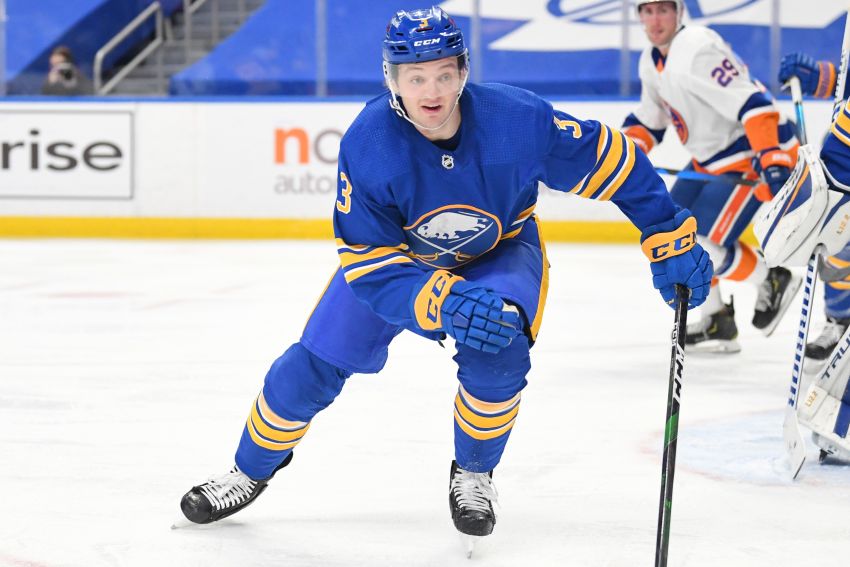 Buffalo Sabres defenseman Will Borgen will be sidelined six to eight weeks after undergoing surgery to repair a fracture in his right forearm, the team announced this afternoon.

Borgen blocked a shot in Saturday afternoon’s 3-2 win over the New Jersey Devils. Sabres coach Ralph Krueger sounded optimistic before Monday’s 3-2 loss to the New York Islanders that Borgen, 24, could miss one game and return for tonight’s contest against the Devils.

But further evaluation revealed the fracture.

The rest of the forward group will remain the same, meaning winger Jeff Skinner will be a healthy scratch for the second straight game.

Krueger said Rieder is possibly day to day but wouldn’t rule out he could miss more time.

“It might be two, three days, it might be less if everything heals extremely well,” he said on a Zoom call. “It is an upper-body injury that we’re optimistic about. But again, we’re not going to get a clear picture, MRI, until tomorrow. So I won’t be able to confirm that. There’s still a potential danger for a longer-term injury.”

Borgen, who was beginning to earn regular duty, is the third defenseman the Sabres have lost this month. Jake McCabe suffered ACL, MCL and meniscus injuries in his right knee Saturday and will need six to eight months to recover. Meanwhile, Rasmus Ristolainen is still getting over a tough bout with COVID-19 and likely won’t return until next month at earliest.

After beginning the season on the taxi squad, the gritty Borgen impressed the Sabres so much he played four straight games last week. On Saturday, they scratched Henri Jokiharju, a regular last season, so Borgen could play.

Defenseman Brandon Davidson, who has spent most of the season on the taxi squad, replaced Borgen on Monday. The Sabres also have defensemen Jacob Bryson and Casey Fitzgerald on the taxi squad.

One thought on “Sabres’ Will Borgen undergoes surgery on forearm, out six to eight weeks”