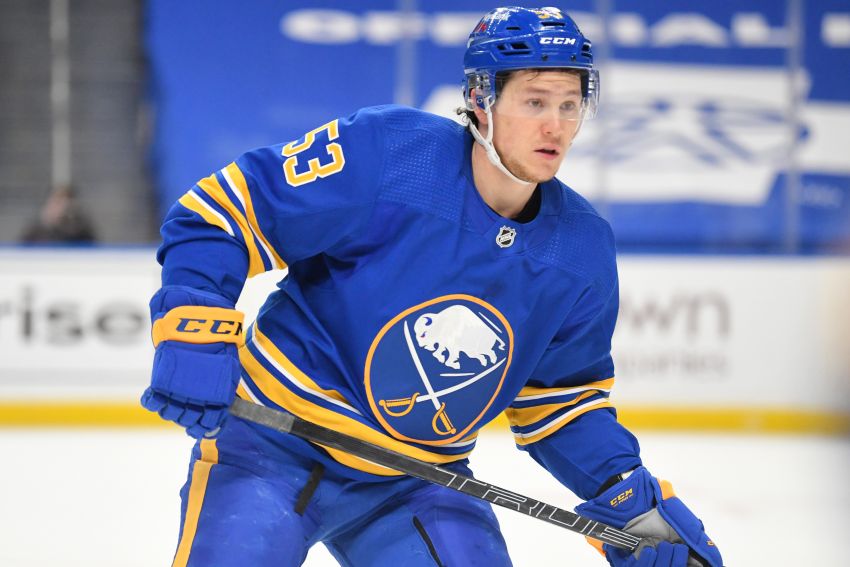 Instead of inserting winger Jeff Skinner into the lineup for the injured Tobias Rieder, the Sabres recalled Rasmus Asplund from the taxi squad to play in Tuesday’s road game against the New Jersey Devils.

Why did the Sabres choose Asplund, who has 32 games of NHL experience, over Skinner?

“We are working in a constructive way here hoping that watching a couple games will free him and allow him to bring his tools and his assets into our game,” Sabres coach Ralph Krueger said on a Zoom call prior to the game. “We need his game, we need his five-on-five scoring, we need his threat.”

Skinner, who scored 40 goals two seasons ago, had never been a healthy scratch in his 11-year NHL career before Monday. The veteran has struggled this season, scoring zero goals in 14 games.

Krueger said he and his staff decided during a meeting after Monday’s game to keep the forward group they used in their 3-2 loss to the New York Islanders intact.

The Sabres generated more offense Monday than they have in recent games. They also wanted to give Casey Mittelstadt, Skinner’s replacement, another look.

“There were some things in this forward group we liked that we wanted to see again,” Krueger said.

“He’s an absolute pro, dealing with this situation in a very professional way, working extremely hard in the extra ice time that he’s been given,” he said.

“It might be less if everything heals extremely well,” he said. “It is an upper-body injury that we’re optimistic about. But again, we’re not going to get a clear picture, MRI, until tomorrow. So I won’t be able to confirm that. There’s still a potential danger for a longer-term injury.”