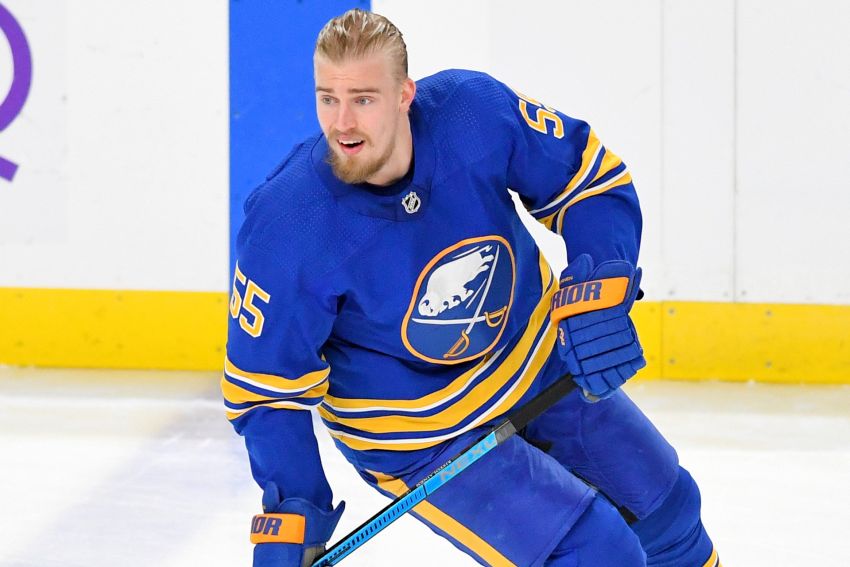 In a harrowing story published in a Finnish newspaper Friday, Buffalo Sabres defenseman Rasmus Ristolainen reveals he experienced COVID-19 symptoms so severe he struggled to walk up the stairs in his home.

“When there was chest pain, it felt like my heart was cracking as I walked up the stairs,” Ristolainen told Ilta-Sanomat, according to a Google translation. “A couple of evenings there were such conditions when I went to bed that I didn’t know if I woke up here anymore in the morning.”

“Now the situation is quite good,” Ristolainen told Ilta-Sanomat. “I got a clean bill of health from doctors, but I’m physically at the moment so weak that this is still a long way to get to playing condition.”

“It just goes to show how crazy and serious this virus really is,” defenseman Jake McCabe, who also tested positive for COVID-19, said on a Zoom call Friday. “Risto’s probably the fittest guy on our team. For him to battle like this, it’s very tough and unfortunate. But knowing Risto, he’s going to be just fine and he’ll be back here hopefully soon.”

The league has removed every Sabres player from the list and Krueger has returned to the bench. Seven players and Krueger have said they tested positive for COVID-19.

Ristolainen and winger Taylor Hall were the first Sabres to land on the absences list Feb. 2, two days after they finished a weekend series against the New Jersey Devils. In less than a week, that number ballooned to nine.

Devils winger Kyle Palmieri, who played in the teams’ first meeting Jan. 30, was the sixth New Jersey player added to the absences list the next day. Still, the game went on, and within days, the NHL paused the both teams’ activities.

At one point, the Devils had 19 players on the absences list.

Ristolainen has enjoyed arguably the best start of his eight-NHL career, scoring two goals and six points while averaging a team-high 23 minutes, 34 seconds of ice time in 10 games.