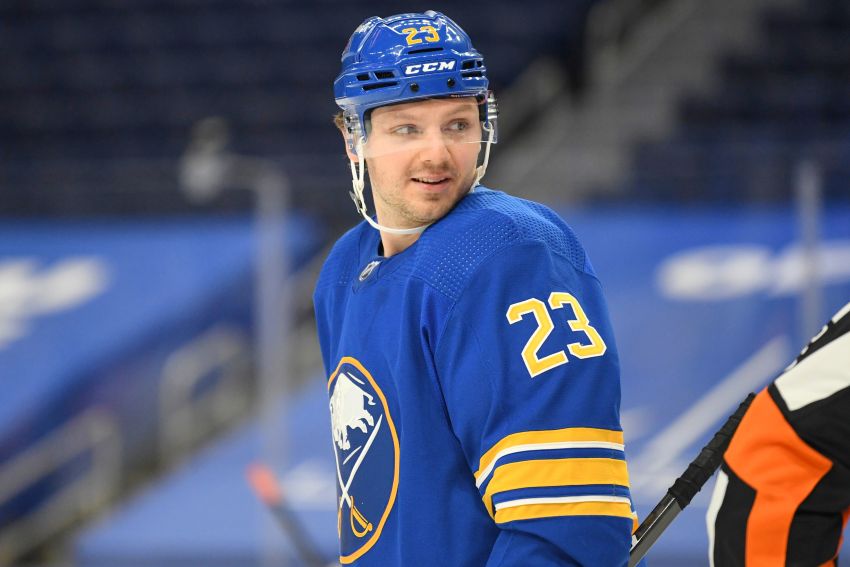 The Sabres struggled offensively in two home losses to the Islanders last week, scoring just one goal. But Monday inside Nassau Coliseum, they consistently cracked the Islanders’ rigid structure, generating a slew of chances.

Still, the Sabres couldn’t finish their opportunities, and Jean-Gabriel Pageau’s goal 15:08 into the third period broke a late tie in a 3-2 loss.

The Sabres have lost four of their five games since their COVID-19 pause ended Feb. 15.

“This is probably the most painful loss of the season for the way we were able to neutralize them, create opportunity but come out on the short end of the stick again,” Sabres coach Ralph Krueger said on a Zoom call. “We have to be responsible for that.”

Despite the loss, the Sabres have started showing signs more of progress following their 15-day break between games. Fresh off Saturday afternoon’s 3-2 win over the New Jersey Devils 3-2, they looked engaged early against the Islanders.

“As a whole, we understand what we have to do each and every night, and I think you’re starting to see that we’re rolling lines over, we know where the puck’s going, which is allowing us to make the next play,” said Sabres center Curtis Lazar, who opened the scoring 17:15 into the game.

Lazar added: “They’re so structured, they make you work for every opportunity. But I thought we played nice and north. We kept things simple.”

After Anders Lee tied it and Matt Martin put the Islanders up early in the third period, Sabres winger Sam Reinhart’s power-play goal, his third score in two games, tied it at 5:48.

But the Sabres couldn’t failed to crack the three-goal mark four the fourth time in five games.

“It was not enough offense,” Krueger said. “I think when you look at that game and even if they score three, we could have had five or more. It’s gonna be a painful trip back over to New Jersey here tonight and the best thing about the situation right now is we go right back at it tomorrow.”

He added: “I’ve liked the foundation that we have here now. The defensive structure in the group is strong. It’s solid and it doesn’t give up a lot of opportunity. We just broke down in critical moments again today.”

Sabres goalie Linus Ullmark made 20 saves. Winger Tobias Rieder did not play in the third period. Krueger did not give an update on him.

Pageau has scored one goal in each of the Islanders’ three meetings against Buffalo this season, including two game-winning scores.