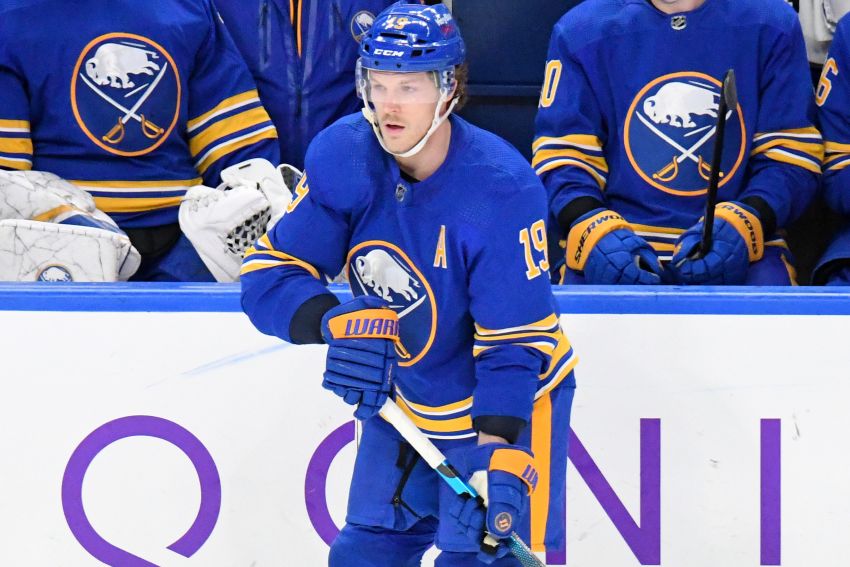 Jake McCabe has become one of the Sabres’ most respected leaders. ©2021, Micheline Veluvolu

McCabe, 27, suffered ACL, MCL and meniscus injuries in his right knee Saturday afternoon and will need six to eight months to recover, the team announced this afternoon.

The American left the Sabres’ 3-2 road win against the New Jersey Devils with 11:03 remaining after his right leg buckled when he tried to hit Nico Hischier in the corner. He clutched his knee before being helped off the ice.

“I had tears two nights ago already,” Krueger said on a Zoom call late this afternoon from Nassau Coliseum. “It was pretty clear on the doctor’s first assessment we were dealing with a really serious setback. The confirmation just underlines the pain that we feel for the person, first and foremost, and then the player that we lost for the season.

“It’s an amazing setback, in addition to what the group’s gone through after COVID.”

McCabe returned to the lineup last week after testing positive for COVID-19 earlier this month.

“Is this connected to COVID or not connect?” Krueger said of the knee injury and COVID. “We’ll never know. We can philosophically look at this forever, but it’s just another shot. But we have a group of character, and everybody just needs to step.”

McCabe’s absence leaves a huge hole on the blue line. The gritty alternate captain has morphed into one of the Sabres’ most respected leaders and most reliable defensemen.

In 13 games this season, McCabe compiled one goal and three points while averaging 19 minutes, 11 seconds of ice time.

He will be an unrestricted free agent following the season.

The Sabres play a road game tonight against the New York Islanders.