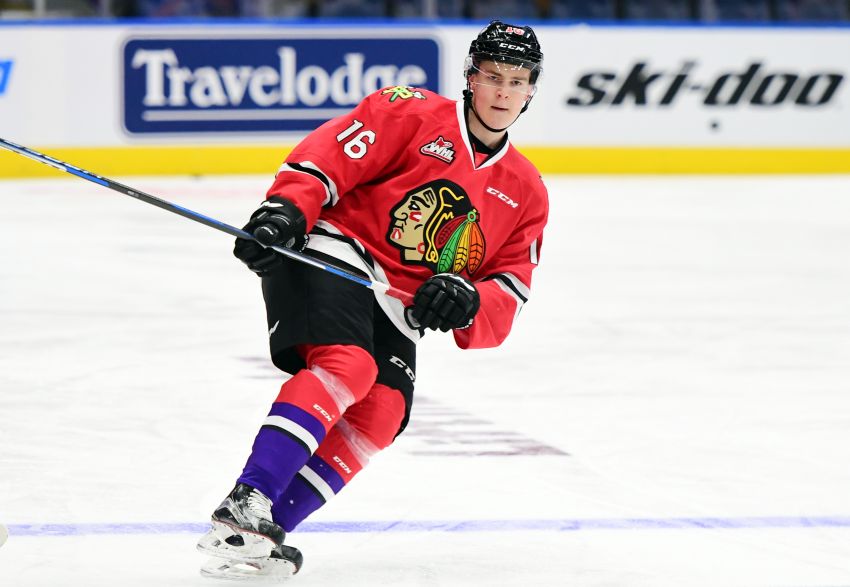 Jokiharju grew up with Laaksonen, another defenseman, in Tampere, and is one of his best friends. Jokiharju and Luukkonen, a youngster tabbed as Buffalo’s goalie of the future, played together with Team Finland at tournaments as teenagers.

After World Juniors, Jokiharju, 20, probably figured he had seen the last of Laaksonen and Luukkonen for a while.

Jokiharju, the 29th overall pick by Chicago in 2017, played 38 NHL games as a teenager last season. He seemed like a big piece of the Blackhawks’ future.

Then on Tuesday, the Blackhawks traded Jokiharju to the Sabres for winger Alexander Nylander, a swap of former first-round picks.

In just a year or two, Jokiharju, Laaksonen and Luukkonen could all be together again.

“I think one day we’re going to play at the same time with the Sabres,” Jokiharju said on a conference call Wednesday. “I think that’s awesome for all of us.”

Jokiharju is an intriguing acquisition. Teams usually don’t part with right-handed defensemen they drafted in the first round two years earlier.

So Jokiharju said he was “kind of shocked” when Blackhawks general manager Stan Bowman informed him of the deal.

“Then (I) just realized a great opportunity for me,” Jokiharju said.

In Buffalo, Jokiharju could slot in on the second or third defense pair. For years, defense was the Sabres’ biggest weakness.

They also have Rasmus Ristolainen, another righty, who has produced four straight 40-point seasons.

Suddenly, the Sabres have too many defensemen. Right now, they have 11 on the roster, including six righties.

One or two – Ristolainen is a likely candidate – will likely be traded soon.

“Risto is one of the best defensemen in the league,” Jokiharju said. “Rasmus Dahlin’s right off becoming a star.”

The 6-foot, 193-pound Jokiharju (pronounced joh-kee-HARH-yoo) said he is a modern, two-way defenseman.

“I like to be with the puck and make some good plays,” he said. “When I get the puck, get it to better guys who can make some points and score some goals.”

But after Jeremy Colliton replaced Quenneville in November, Jokiharju’s ice time dwindled. In late January, shortly after returning from World Juniors, the Blackhawks sent him to the AHL, where he compiled two goals and 17 points in 30 outings.

“I took some steps in my game, just learned how to play in the NHL,” said Jokiharju, who spent the 2017-18 campaign with the Western Hockey League’s Portland Winterhawks. “Obviously, it’s tough to just to come right away from juniors, play in the NHL. You just learn how to be a pro, how to play game after game. …

“It’s a big confidence boost for me this upcoming season with Buffalo.”