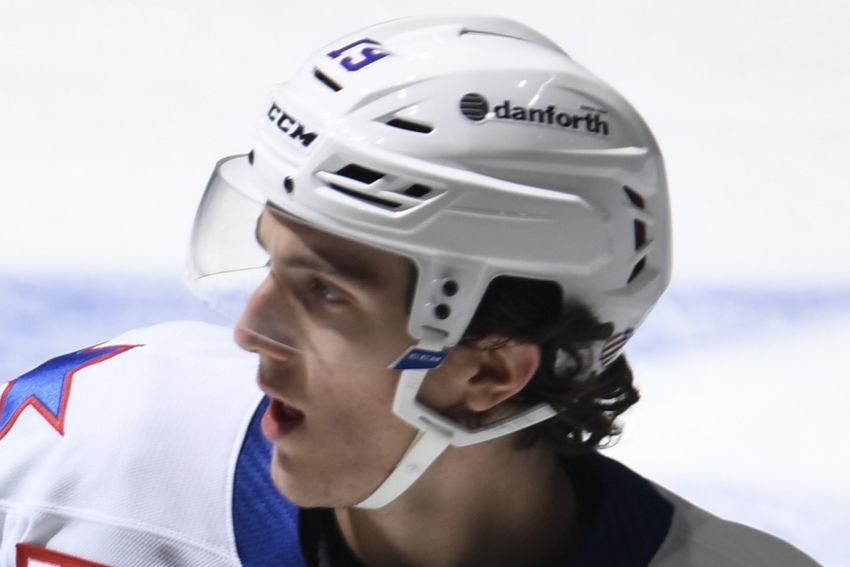 Three games into his recall, Krebs, 20, seemed to be finding a groove. Then on Jan. 4, he tested positive for COVID-19.

“I’m just getting my stride up here and starting to feel good, I want to keep things rolling and show them what I got,” Krebs said following Sunday’s practice. “So, yeah, it was definitely tough.”

Throughout what he called “a long 10 days” in quarantine, Krebs, who will play this afternoon against the Detroit Red Wings at KeyBank Center, said he felt great. Still, he couldn’t test out of the NHL’s protocol.

The Sabres, having suffered an ugly 4-0 loss Saturday in Detroit, sorely need a spark. They looked listless throughout what was arguably their worst game all season.

“He’s excited, enthused and he’s skilled,” Granato said of Krebs. “So he can help us. … We need to help ourselves after last night. That was a game where it was very, very clear and evident that they set the pace and they dictated the pace and we did not do enough from the work ethic side or the tactic side to make it hard on them. We played too much of the game in front of them.

“The old saying, ‘Get pucks deep and make the other team work.’ We didn’t even make them have to work last night.”

Saturday’s feeble effort continued what has become a wildly inconsistent season. Thursday’s 4-1 road win against the Nashville Predators, one of the NHL’s heavyweights, ranks one of the Sabres’ strongest victories this year.

Granato’s glad the Sabres get another crack at the Red Wings right away.

“We need to be able to measure ourselves,” he said. “We played a really good game in Nashville and we don’t know how to replicate that. The first thing you think of in your head is that’s experience or not. So when you have the chance to play the same opponent, you have the same gauge.”

Prior to leaving the lineup, Granato could see Krebs, who arrived Nov. 4 from the Vegas Golden Knights, was raising his game. His nifty assist, Granato said, illustrates how well he interacts with his teammates.

“He can track what’s going on around the ice,” Granato said. “He’s got hockey sense so he’s got a feel for time, space, potential plays, situational awareness. It’s really, really good, strong for a young guy. Players want to play with him, players want to be on his line. That says a lot for a young guy, to jump in the league.”

With Krebs back, forward Mark Jankowski will likely be scratched.

Granato said defenseman Jacob Bryson suffered an upper-body injury Saturday and will likely miss the next two games. The Sabres play a road contest Tuesday against the Ottawa Senators.

“He should be clear soon after that,” Granato said.

Bryson played through the injury and finished the contest. Defenseman Will Butcher, a healthy scratch the last two games, will move into the lineup.

In two games since injuries forced the Sabres to recalled Dell, 32, on Wednesday, he has compiled a 2.50 goals-against average and a .928 save percentage.

Those numbers are a stark contrast to the wretched ones he compiled earlier this season – a 0-5-0 record with a 4.52 goals-against average and an .872 save percentage – in seven games.

Granato hasn’t decided on a goalie for Tuesday’s game, which starts at 7 p.m. In the past, he has been willing to play the same netminder in back-to-back contests.

“You read it after the first game,” Granato said. “I think you see the workload and how the guy feels if you’re going to go the same guy back-to-back.”

Sabres center Tage Thompson left COVID-19 protocol Friday and boarded a 6 a.m. flight Saturday to Detroit so he could play.

He entered protocol last Monday and said he had no symptoms.

Thompson, 24, is the Sabre on the NHL’s “Last Man In” NHL All-Star Game ballot at NHL.com. The player who receives the largest vote total from each of the four divisions will earn a spot in the game Feb. 5 in Las Vegas.

“It’s a nice little accomplishment to get an honor like that but I shouldn’t be satisfied,” Thompson said.