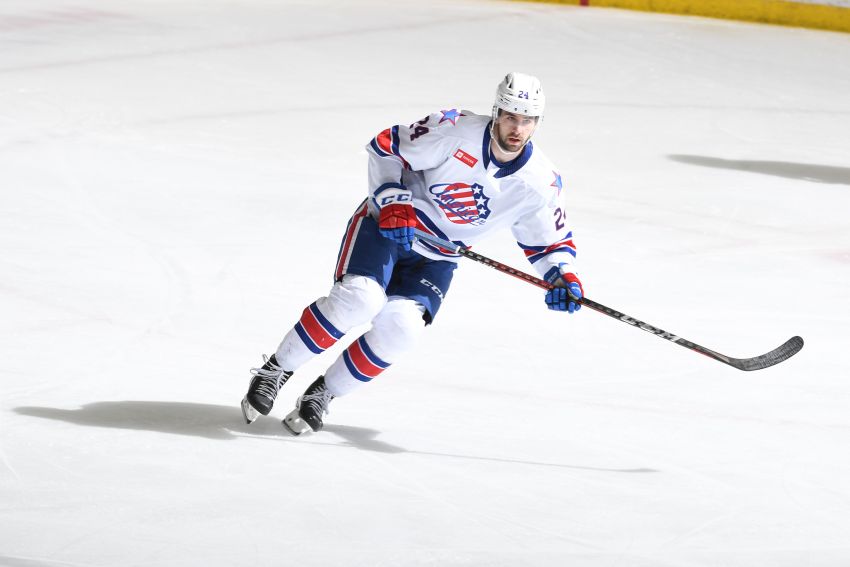 The Buffalo Sabres this morning recalled Mattias Samuelsson from the Rochester Americans and the defenseman will play this afternoon against the Detroit Red Wings.

Sabres coach Don Granato said defenseman Colin Miller has been dealing with a nagging injury and placed on injured reserve.

Samuelsson, 21, played his first 12 NHL games late last season. He was expected to contend for a roster spot during training camp this year, but he suffered a lower-body injury blocking a shot during a rookie camp game Sept. 17. He did not play again until Nov. 3 with the Amerks.

When the Sabres needed defensemen last month, Samuelsson was in the AHL’s COVID-19 protocol.

“He’s intense about his development, he’s very focused and driven, a development mindset,” Granato said on a Zoom call from KeyBank Center. “He was good in the rookie tournament. Only one game, but he was pretty dominant in that one game. And he’s been really good down in Rochester. So we’re excited to see him.

“I thought he was real effective and good for us late last season. Unfortunately, he had some injuries and illnesses to deal with, or he might’ve been here sooner.”

The 6-foot-4, 227-pound Samuelsson has compiled two goals and 15 points in 20 games with the Amerks this season.

The Sabres, having lost Jacob Bryson to an upper-body injury in Saturday’s 4-0 loss in Detroit, are down two of their top-six defensemen. Will Butcher is expected to play today after sitting out as a healthy scratch.

The Sabres this morning also reassigned defenseman Casey Fitzgerald from the Amerks to the taxi squad.

Miller, who recently missed three games with an injury, practiced on Sunday.

“He felt it more and more progressively the last few days,” Granato said.