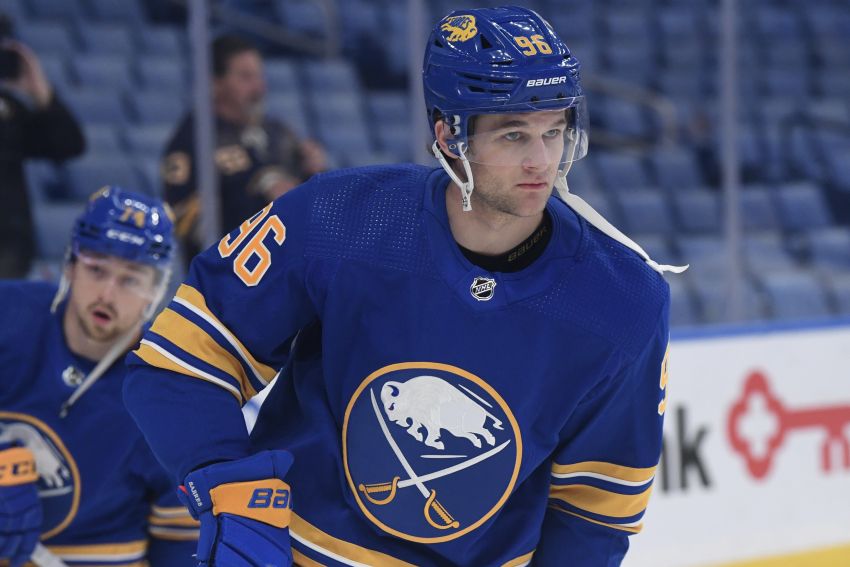 “Bjork was searching for his game and he lost a feel of what he did,” Sabres coach Don Granato said.

So Granato said the Sabres let Bjork, 25, experience that rough phase before he and his staff started working with him more often and pinpointing things in his game.

“(We) said, ‘OK, this is you naturally now. We didn’t tell you you got to do this or that. You gave us the information, this is natural how you are. So let’s start targeting what you need specifically to you,’ and he’s been doing that the last few games and his energy’s come back,” said Granato, whose Sabres beat the Edmonton Oilers 3-2 on Friday at KeyBank Center.

Bjork, who scored a breakaway goal Friday, displayed that energy in Monday’s 5-3 loss to the Washington Capitals, ending a 10-game goal drought. The goal, his first since Oct. 14, opening night, was perhaps the Sabres’ grittiest this season.

After failing to convert his chance into an open net, Bjork was knocked into the cage as the puck slid back to the left circle.

“I can’t believe I missed the first one,” Bjork said.

Bjork quickly got to his feet and was ready to bury defenseman Robert Hagg’s rebound. If the 6-foot, 197-pound Bjork couldn’t bury it, his linemates, center Arttu Ruotsalainen and John Hayden, were also close by.

“Those are the types of goals that aren’t the prettiest, but when you provide energy, it’s something to be proud of, for sure, as a collective line,” said Bjork, who was acquired from the Boston Bruins last season in the Taylor Hall trade.

Counting his NHL, AHL and college career, Bjork has recorded 67 goals. He had never scored one like Monday’s.

“I don’t remember scoring that gritty a goal, which I’m glad,” he said. “I think that’s something I got to add to my game and I think that’s something our line is trying to right now is get to the net-front area and whack away a little bit. Because if we’re not getting the pretty plays all the time, we got to find a way and provide energy to the team.”

“(He) was in sort of a phase of doubt and couldn’t figure things out why he might not be playing well,” Granato said. “Now we just feel he’s playing more assertive, more aggressive. He was a guy that even yesterday texted me, ‘Can we watch film today?’ So we’re going to sit, him and I, and watch more film.

“It’s just taking more of that initiative to self-correct knowing that there’s something you have to solve to get to my game.”

Notes: The Sabres made one lineup change Friday, inserting defenseman Will Butcher, who was banged up Monday, for Christian Wolanin. … The Sabres, who host the Toronto Maple Leafs tonight, might face goalie Joseph Woll, who would be making his NHL debut. Granato said earlier this week he might start goalie Aaron Dell. … Ex-Sabres star Derek Roy received a warm ovation from the crowd when he was introduced during a break in the action.