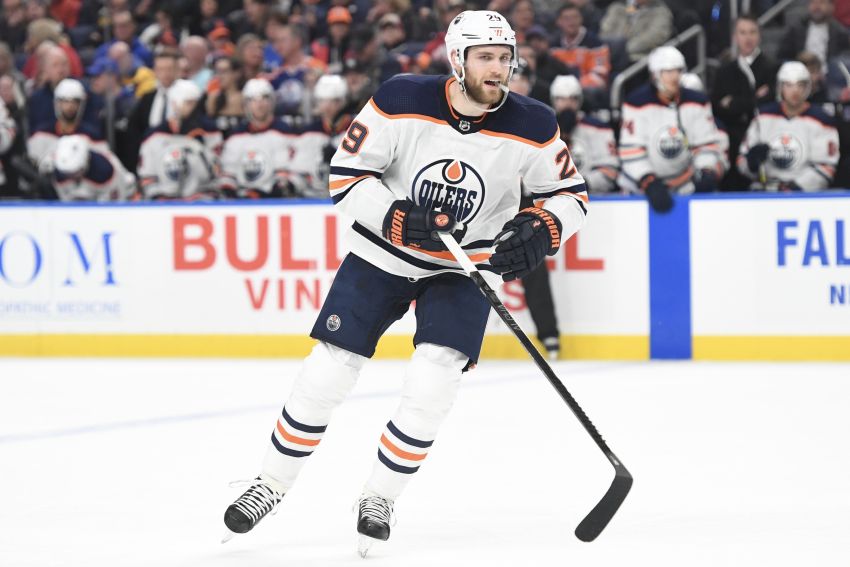 BUFFALO – Forget about Connor McDavid for a moment. The Edmonton Oilers have a player with more points than the superstar. Through 12 games, Leon Draisaitl has amassed a whopping 12 goals and 26 points, both NHL highs.

Draisaitl, of course, is usually overshadowed by McDavid, a center widely considered hockey’s most dynamic talent.

But coach Don Granato, whose Sabres face the Oilers tonight at KeyBank Center, knows Draisaitl, a German center, is just as lethal a threat.

“Connor, obviously, is the talk of the league many, many nights and very often,” Granato said. “And then here’s a guy that slides under the radar, if that’s possible. But he does. And even in your attention, you’re putting clips together to talk about the other team and you find yourself thinking about McDavid as a coach and a coaching staff.

“You have to give Draisaitl tons of credit because he’s equally dangerous in different ways. He just does it differently. He does it with less flash, like you mentioned. He does it with body position, with reach, with strength, with obviously a knack for scoring and finding the back of the net.”

The Sabres, who have lost five straight games (0-4-1), enjoyed a three-day break after Monday’s 5-3 loss to the Washington Capitals.

“We had a day off and then we had what the players felt were two good practice days,” Granato said. “They had good jump, good energy. It felt like early-in-the-season mode, and we got to implement a lot of tempo and pace, which is how we want to play. We kind of got away from that. It feels good, but the real answer to that comes tonight and, obviously, tomorrow night (against the Toronto Maple Leafs). The feeling was it was nice to have a three-day window between games. Did we take advantage of that? We’ll find out.”

Goalie Dustin Tokarski will start tonight, his fourth straight nod. The Sabres will make one lineup change, inserting defenseman Will Butcher, who was banged up Monday, for Christian Wolanin.