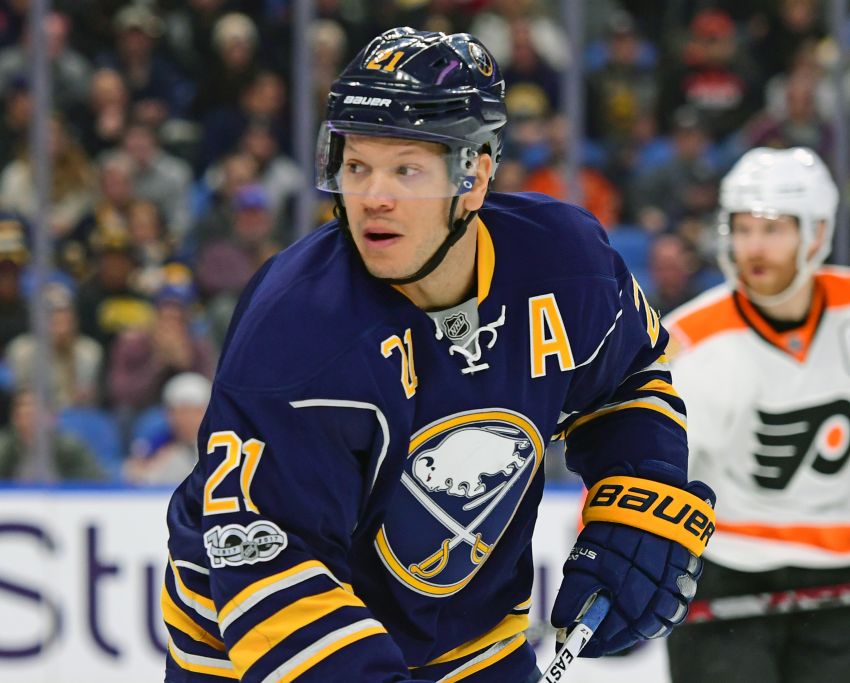 BUFFALO – So far, just 39 games into his career here, Kyle Okposo has lived up to his billing as one of the NHL’s most underrated scorers. The winger has quietly been the Sabres’ most consistent forward, compiling 12 goals and 27 points, both team highs.

Okposo’s strong season was rewarded Tuesday with a spot in the NHL All-Star Game for the first time in his 10-year career. The Minnesota native will represent the Atlantic Division at the game Jan. 29 in Los Angeles.

Okposo said he was “a little bit” surprised when general manager Tim Murray told him Tuesday morning he had been chosen as the Sabres’ lone representative.

“I was thinking there was a couple guys (worthy),” Okposo said prior to the Sabres’ game against the Philadelphia Flyers inside KeyBank Center. “We got some really good young players on our team. I think (Rasmus Ristolainen) has had a standout year. Look at the three defensemen they took from our division. Tough competition. That being said, I’m really excited to be going.”

The minute-munching Ristolainen has enjoyed a stellar season, becoming the Sabres’ MVP. The Finn has three goals and a team-high 24 assists.

Where would the Sabres be without Okposo? Entering Tuesday, he had scored 13.8 percent of the team’s goals. Only five Sabres – Gilbert Perreault, Rick Martin, Ray Sheppard, Pat LaFontaine and Jack Eichel in 2015-16 – have led the team in goals in their first season.

Apparently, zero goals in 35 games was enough for the Sabres, who waived center Derek Grant on Tuesday.

If Grant goes unclaimed, he will likely be assigned to the AHL Rochester Americans.

But Grant produced little after forcing his way onto the roster. While the fourth-liner won some faceoffs, he mustered only three assists.

Grant, however, is a lethal AHL scorer, having compiled 27 goals and 45 points in only 36 games last season with the Stockton Heat, the Calgary Flames’ affiliate.

He could be expendable because winger Tyler Ennis is close to returning after missing two months following groin surgery.

With a power-play goal and two assists Tuesday, Sabres center Sam Reinhart has three scores and 12 points in the last 10 games. Reinhart has 18 assists through 40 contests, just one less than he compiled in 79 games last season.

“I don’t think there’s any reason for it,” Reinhart said. “I think I’ve been more an assist guy (in my career).”