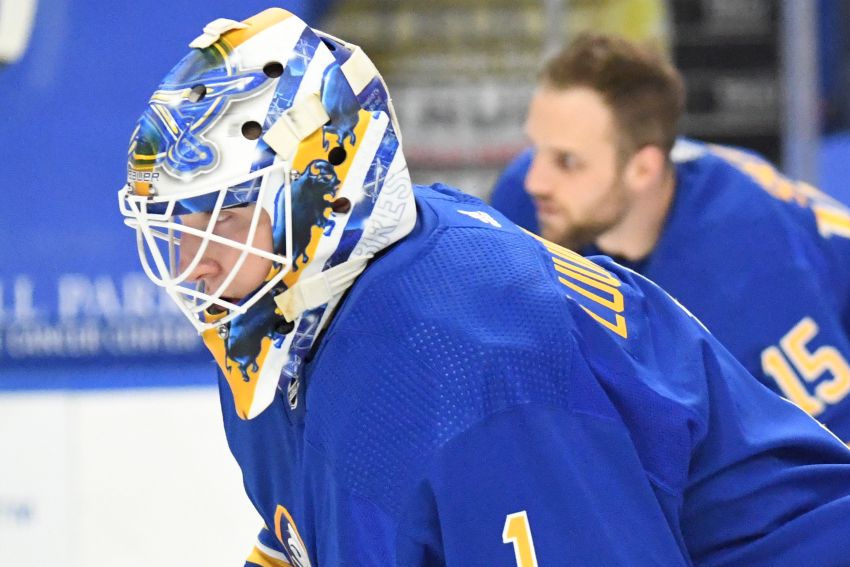 Rookie Ukko-Pekka Luukkonen’s start tonight in Winnipeg – a hostile NHL road environment filled with 15,000 noisy Jets fans – will be a new experience for him.

The Sabres goalie made his first three starts at home this season. Last year, the Finn played four games before no fans or very small crowds.

The Sabres, of course, have struggled on the road, winning just two of their 11 games (2-7-2). In their last road outing Dec. 4, they fell behind early to the Carolina Hurricanes in a 6-2 loss.

“We know that building is crazy (in Carolina), and we gifted them a goal two minutes and woke up 18,000 fans, gave an adrenaline (boost) to the other team,” Sabres coach Don Granato said on a Zoom call this afternoon from Canada Life Centre. “So tonight, we hope to, our intent is to protect our goaltender a little bit better than we did Malcolm (Subban) that night and discourage the other team and the crowd and everything else and show we can get to our game.

“But I am curious in two parts, not only UPL on the road and the environments, but also our entire team now as we regain some confidence.”

The Sabres, losers of seven straight games (0-5-2), have regained some confidence thanks to Luukkonen, who will be making his fourth straight start. Luukkonen morphed into the their backbone last week, compiling a 1.98 goals-against average and a .938 save percentage.

His teammates, meanwhile, scored just three goals for him.

A slew of the Sabres’ top forwards – Rasmus Asplund, Kyle Okposo, Victor Olofsson, Tage Thompson and others – are mired in long goal droughts. Still, Granato said his players’ “belief system that they can score, that they will score is extremely high.”

“They just look forward, look ahead because they believe in their next opportunity they’re going to score,” he said.

Granato cited Monday’s up-tempo practice in Buffalo as an example of their growing confidence.

“You guys saw that in practice, the intensity, the banter even going back and forth,” he said. “That’s actually good because we weren’t there three games ago. Going into that Anaheim game (last Tuesday) and coming out of the Carolina game, we were very focused on defending and playing tight. At that point, yes, I was worried about them. I think now the direction they’re going the goals are going to follow.”

Granato said the Sabres won’t make any lineup changes tonight among their 18 skaters. He wasn’t sure if Subban or goalie Aaron Dell would back up Luukkonen. Subban, who was injured in Carolina, appears to be ready to return soon.

The Sabres’ Jan. 25 road game against the Ottawa Senators, originally scheduled to start at 1 p.m., has been moved to 7 p.m.

Update: The Sabres this afternoon sent Dell to the Rochester Americans and activated Subban from injured reserve.