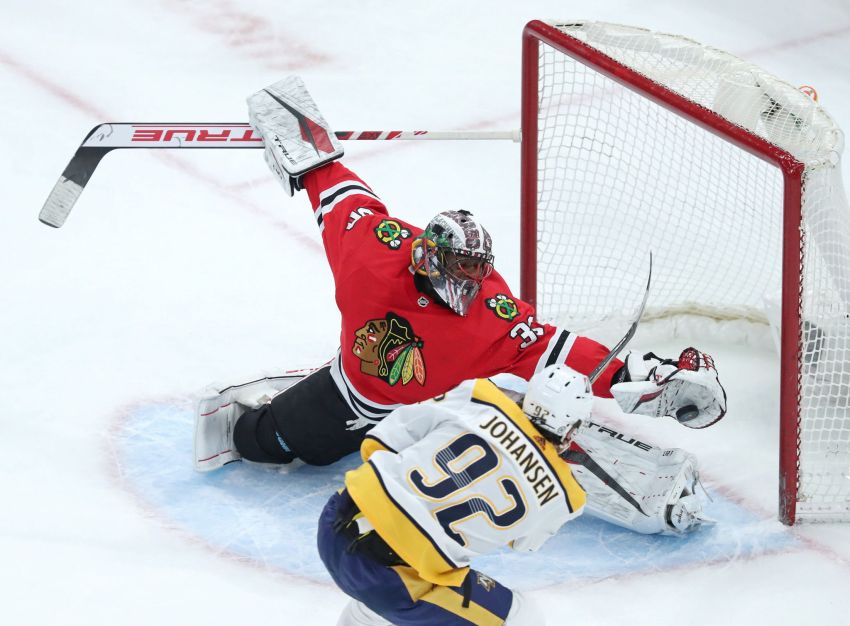 BUFFALO – Goalie Malcolm Subban, who has missed the last three contests with an undisclosed injury, accompanied the Sabres on their three-game road trip after practicing this morning.

Subban, 27, hadn’t gone through a full team session since jamming his right foot into the post late in his Sabres debut Dec. 4.

“We have roster spots,” Granato said following today’s practice at LECOM Harborcenter. “We don’t have to make a decision based on that right now.”

Luukkonen, 22, is expected to make his fourth straight start Tuesday against the Winnipeg Jets. Granato said Subban could play Thursday versus the Minnesota Wild or Friday against the Pittsburgh Penguins.

“I’m excited for Malcolm because it’s an opportunity and he has such experience now that hopefully that hindsight and that experience will come to fruition here and benefit him and benefit us,” Granato said.

He added: “I’ll get a final read on Malcolm today because (it was) his first full practice. It looked like everything went great to the eye out there.”

Meanwhile, Granato said goalie Dustin Tokarski has returned to Buffalo after entering the NHL’s COVID-19 protocol Dec. 2 in Florida and will begin skating. Tokarski has missed the last five games.

“He goes into the skates to get his conditioning level back up and then he’ll join us,” Granato said. “My guess is right when we return from this trip.”

“What I heard was much better reports, like the best it can be, but I’m not going to confirm a timetable yet,” he said.

In other injury news, Granato said winger Drake Caggiula, who has missed the last eight games with an upper-body injury, will keep rehabbing in Buffalo.

“We still don’t have a timetable for him, but it’s encouraging he’s out there and he’s doing a little bit more on the ice each day,” Granato said. “(He’s) getting more range of motion, so the fact he’s out there and improving is good.”

Williamsville native Andrew Poturalski, who recorded three goals and 10 points in three games, has earned AHL Player of the Week honors for the period ending Sunday.

Poturalski, 27, a forward with the Chicago Wolves, has performed dynamically this season. In addition to having a league-leading 34 points in only 23 games, he’s one of three players to have scored a league-high 12 goals.