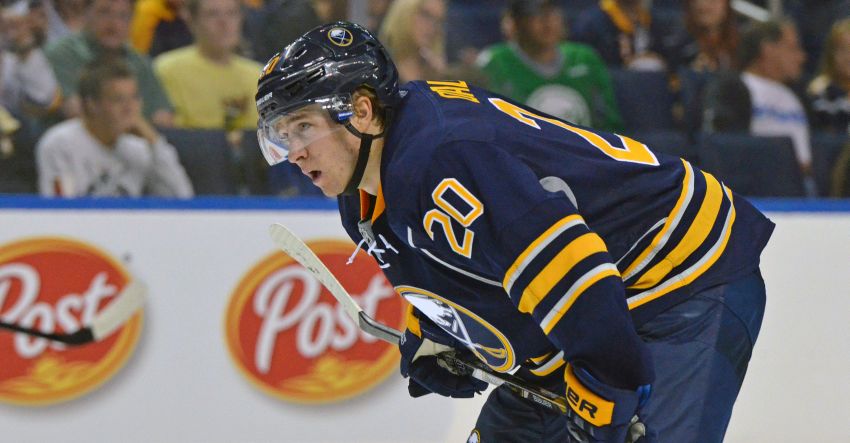 BUFFALO – Sabres forward Cody McCormick was released from the hospital today after being treated for a blood clot in his calf muscle, coach Ted Nolan said.

“Cross our fingers everything continues to go well,” Nolan said this afternoon following practice inside the First Niagara Center. “No timeframe on his return whatsoever. Our No. 1 concern is making sure he’s OK.”

With McCormick sidelined, the Sabres recalled centers Zac Dalpe and Phil Varone from Rochester this morning. Both participated in the team’s 80-minute practice today.

The Sabres returned Varone and center Mikhail Grigorenko to the AHL Saturday. Why did they summon Dalpe, a 25-year-old veteran of 96 NHL games?

Nolan said goalie Michal Neuvirth, who made 47 saves in Friday’s 2-1 loss in Tampa Bay, will likely start Tuesday against Detroit.

The nod would be special. Neuvirth could face Red Wings counterpart Petr Mrazek on the night the Sabres are retiring legendary goalie Dominik Hasek’s No. 39. All three are from the Czech Republic.

“With Dominik, with what he’s done in his career, especially here in Buffalo, and having our young Czech goaltender, I think that will be a great game for him to play, kind of honor his fellow countryman,” Nolan said.

Meanwhile, Nolan wouldn’t say if 19-year-old defenseman Nikita Zadorov will play Tuesday after getting scratched last game. The youngster has morphed from one of the Sabres’ steadiest players into arguably one of their worst.

Update: Here are some Hasek memories from two Red Wings who know the legend well.

“He got really mad if you scored a goal on him. For him, every practice he was battling really, really hard. I think for me as a young player coming in, to see the battle he put in in practice kind of helped me to go even harder, and just the character he still is. It’s a lot of fun to have him on the team. … I think those years that we had with Dom, not just special to me, but special to everyone that played with him.”

“He made some spectacular saves. … If you look at the goalies now, they’re playing their angles. (It’s) very different from Dom. I think he read the play even better than the best players playing forward or defense. He always knew if you’re going to pass or shoot.”

“All the great player were really, really competitive. That’s why they’re great players. It’s great to have a skill set. We have lots of kids right now with the skill set. You don’t know if they’re going to be great. If they don’t dig in, they’re not going to be great. You got to be ultra-competitive to get him to the next level, and he was that.”