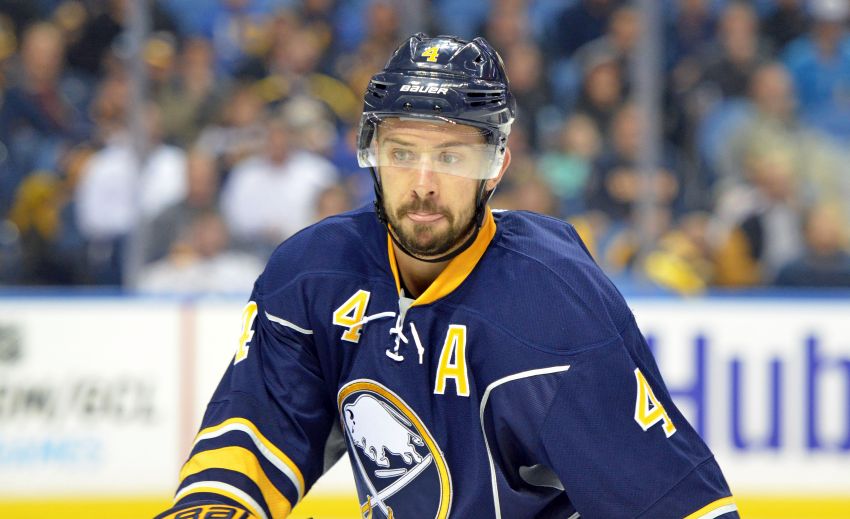 BUFFALO – They talked for almost 30 minutes on the ice. At times, the conversation between Sabres coach Ted Nolan and defenseman Josh Gorges, a passionate veteran, looked a bit animated.

These are tough days for the Sabres, losers of seven straight games and 11 of the last 12. Just weeks after winning 10 of 13 contests and igniting optimism, they have fallen back to the bottom of the league.

They rank 30th in goals scored, goals against and the power play as well as 28th in penalty killing.

Right now, the Sabres are one bad hockey club.

Gorges is searching for solutions, so he sought Nolan out for some advice at the end of practice.

“It’s part of my job as a leader on this team to try to get things going in the right direction,” Gorges said Sunday inside the First Niagara Center. “I’m not afraid to ask for help, ask for advice. I think Teddy, with his experience and everything he’s been through and dealt with, he’s a perfect guy to see what I can do more. What should I do different? What should we try to do different as a group? All little things that are just going to try to make this team better.”

Something good will come out of any conversation, Gorges said.

“I can learn a lot,” he said. “And the animation part of whatever you guys saw is just passion. It’s wanting and willing to find solutions and to try to find ways to be better, because you ask anyone … we’re not happy about this.

Nolan called it a “nice talk” to “find solutions.”

“Josh has been like that all season,” he said. “He came for a reason, he wants to make our team better, our organization better. Right now, it’s not going the way we thought. … He’s a true guy that wants to compete and wants to win on a daily basis.”

Losing has clearly stung Gorges. He lost 36 total games with Montreal all of last regular season. The Sabres have already lost 29 times in 43 games (14-26-3).

Gorges chose Buffalo in July, putting the Sabres on a list of teams he would accept a trade to. Seven months ago, the 31-year-old envisioned a young team on the rise.

For a month, the Sabres became that club, winning six of seven games at one point. Gorges believes that torrid stretch should make it easier to climb out of this slump. The Sabres have proof they can win regularly.

“At least with that we got something that we can look to and say, ‘Look guys, when we are committed, when we are doing things, we can be successful,’” he said. “No one’s going to feel sorry for us. Detroit’s not coming in the next game (Tuesday) saying, ‘Ah, these guys have had a tough stretch, we’ll give them an easy night.’ That doesn’t happen.

“But we know that when we’re playing and we’re doing what we need to do collectively, we give ourselves a chance. … Until we realize that and commit to that, nothing’s going to change. But we do have the guys in here that can change that.”

A lot of those guys are injured. Center Torrey Mitchell (foot, 12 games) should return Tuesday, however, so the Sabres will have one of their most versatile forwards back. Center Marcus Foligno (hand), captain Brian Gionta (upper body), and forward Cody McCormick (blood clot) are all sidelined.

Nolan doesn’t make excuses, but he acknowledged again Sunday given the Sabres’ fragile state, the key absences have been tough to overcome.

“When a team is where we are, when you lose that many guys, it hurts,” he said. “And trying to compensate, that’s what we talked to Josh about. Certain guys want to do more. Sometimes (when) you want to do more, you do less.”

But passion drives Gorges. Moving forward, he said, pride will be “the most important thing for this group.”

“Whether you’re outmanned or not, you got to play a certain way – you got to play with pride,” he said. “There’s pride when you put on an NHL jersey. You put on this Buffalo Sabres jersey, that should mean something to every one of us. It’s not just another jersey you throw on and go for a Sunday skate. That’s not what playing in the NHL is all about.

“So I think for us coming into this next game, we got to realize we got to play with a certain emotion, a certain pride, that it’s not OK just to show up.”