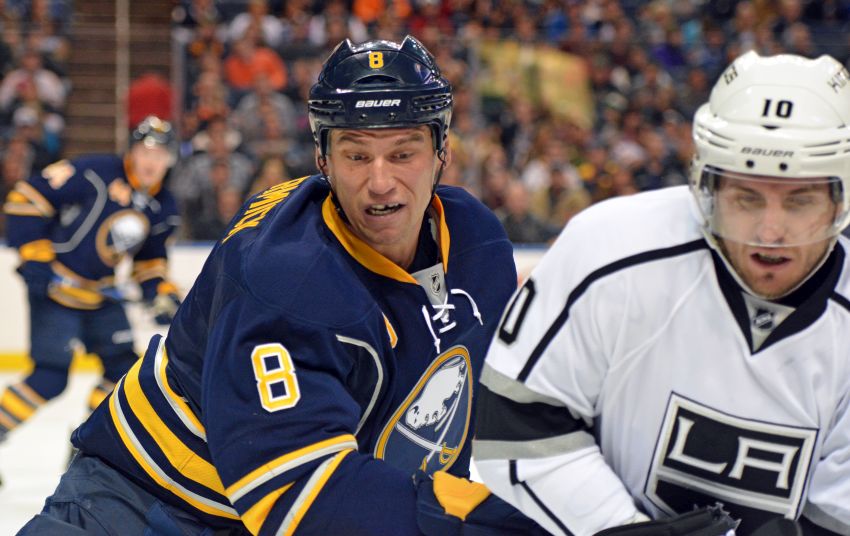 McCormick will be out indefinitely.

McCormick blocked a shot earlier this month and missed some practice time last week. He went to the hospital Saturday after team medical personnel examined him.

About halfway through, Sabres general manager Tim Murray walked onto the bench and began talking to Nolan. Minutes later, the two departed down the tunnel.

Nolan returned to the ice a few minutes later. Later on, he said the two discussed some recalls for the reeling, injury-plagued team.

“We talked about what’s down in Rochester right now, who’s available,” Nolan said.

The Sabres will summon some players before they host Detroit on Tuesday, Nolan said. They only had 10 forwards on the ice Sunday.

Update: The Sabres recalled forwards Zac Dalpe and Phil Varone from Rochester this morning. Dalpe has seven goals and 13 points in 31 games this season. Varone, meanwhile, played three NHL games last week, scoring twice. He has eight goals and a team-high 29 points in 36 games with the Americans.

They should have center Torrey Mitchell (foot, 12 games) back Tuesday. Mitchell and captain Brian Gionta (upper body, nine games) practiced with their teammates for the first time Sunday.

“When you’re home and your mom and dad are sitting right with you, you feel comfortable,” he said. “With Gionta, when he’s on the ice, our team feels comfortable.”

Former Sabres defenseman Denis Tsygurov has died at age 43, according to a report in a Russian newspaper. A cause wasn’t given.