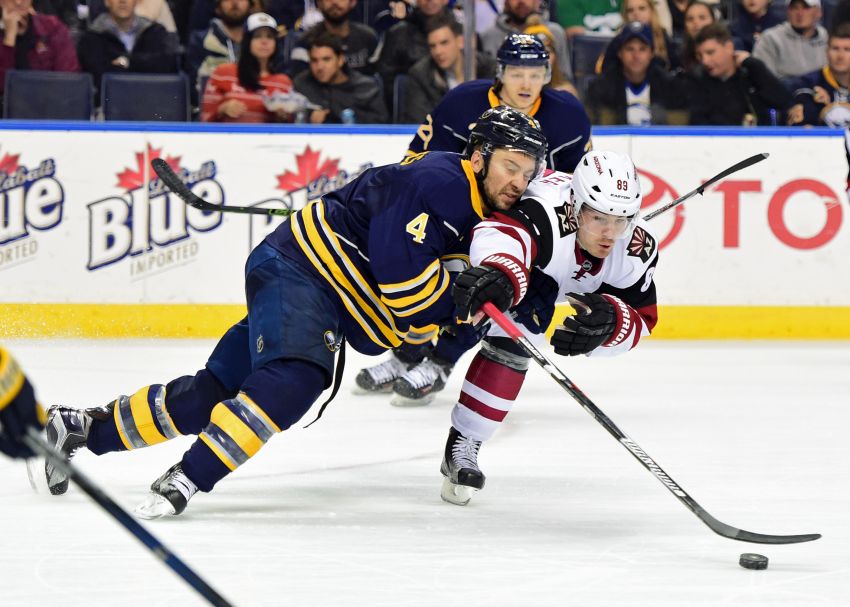 BUFFALO – In reality, it’s a good problem. With Josh Gorges ready to play, the Sabres have eight healthy defensemen. Given the rough-and-tumble nature of the position, bodies are always at a premium, especially at this time of year.

Still, Sabres coach Dan Bylsma doesn’t like it much. He’s already had to mothball defenseman Carlo Colaiacovo, who has played one game since Dec. 7. Now someone else must sit.

What will the Sabres do? Could a move be coming?

“I expect to see seven guys get in the lineup the next three games, for sure,” Bylsma said this afternoon inside the First Niagara Center. “Yes, we’re also (close) to the trade deadline. I think that will be a factor in play as well.”

For now, it appears Mike Weber, who practiced as a spare today, will sit Wednesday in Montreal. Bylsma might switch up his defense corps Thursday at home against Boston. Weber’s recent play has mostly impressed Bylsma.

“I’m not going to rotate or alternate guys,” Bylsma said. “We’re not going to be on a three-man rotation. We’ll play the players that I think give us the best chance to have success and win a hockey game.”

The Sabres have experienced some injuries on the blue line. Zach Bogosian and Mark Pysyk have both missed chunks of the season. But one defender has usually been injured at a time. Other than recalling Jake McCabe from an early-season one-game assignment and Pysyk from a conditioning stint, they haven’t used any from the AHL.

Gorges (upper body) won’t be the only player returning against the Canadiens. Wingers Nick Deslauriers (lower body) and Sam Reinhart (upper body) both practiced today and appear ready to play.

Here are the rest of the lines Bylsma used today: